Ekev begins, as do many sections of Torah, with the familiar reward and punishment trop: if you obey My covenant, you will be blessed with fertility in field and womb, health, and military success. Tacked on is an oft-heard warning not to engage in the idol worship of the people of Canaan. Then we find this curious claim:

Remember the long way that Adonai your God has made you travel in the wilderness these past forty years, in order to test you (l’na’so’t’kha – the root is nun-samech-hey) by hardships to learn what was in your hearts: whether you would keep the divine commandments or not. (Deuteronomy 8:2)

It’s a test? The Israelites’ 40 years of hunger, thirst, privation, and fear is a test?

In Numbers chapter 14 we are told that the 40 years in the wilderness is a punishment for the Israelites’ failure to believe Joshua and Caleb, over and above the other ten spies, that they could take possession of Eretz Yisrael.

None of the people who have seen My Glory and the signs that I have performed in Egypt and in the wilderness, and who have tested (va’y’na’su – again the root is nun-samech-hey) Me these many times and have disobeyed Me, shall see the land that I promised on oath to their fathers; none of those who spurn Me shall see it… You shall bear your punishment for 40 years… (Numbers 14:22-23, 34a)

Here, it is the Israelites who have tried and tested God, and they are being punished for it. 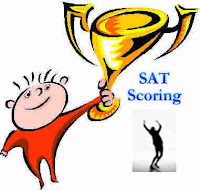 We do find support for the notion that God administers the SAT (Supernal Aptitude Test) to Israel on numerous occasions. Three days after crossing the Reed Sea:

The people grumbled against Moses, saying, “What shall we drink?” So he cried out to the Lord, and the Lord showed him a piece of wood; he threw it into the water and the water became sweet. There [God] made for them a fixed rule, and there [God] tested them (ni’sa’hu – you’ve already guessed that the root is nun-samech-hey). He said, “If you will heed the Lord your God diligently, doing what is upright in [God’s] sight, giving ear to [God’s] commandments and keeping all [God’s] laws, then I will not bring upon you any of the diseases that I brought upon the Egyptians for I the Lord am your healer. (Exodus 15:24-26)

Similarly, we are told in Exodus 16:4 that the manna raining down from heaven is also a test (a’na’se’nu – yes, again) to determine if the Israelites will obey God’s instructions. Yet again in next week’s parashah, Deuteronomy 13:4, God is testing Israel. If God knows Israel so well, what need is there to test them? Clearly, God is not omniscient and cannot know how the Israelites will respond under stress.

Unquestionably the most disturbing and bewildering instance in Torah is the Akedah. God commands Abraham to offer up his beloved son Isaac (Genesis, chapter 22, ni-sah). The Rabbis are deeply troubled. Why would a good God subject an amazingly loyal devotee to such a horror? Regardless of how this test turns out, Abraham will suffer grievously. (Isaac is a whole other subject.) Yet if God knows Abraham will offer his son, what point is there to testing him? In midrash Bereishit Rabbah, we find:

It is written: The Lord seeks out the righteous man, but loathes the wicked one who loves injustice (Psalm 11:5). Rabbi Yonatan said: A potter does not test the quality of fragile vessels, which he has but to strike once and they break. Which does he test? The sturdy vessels, because even if he strikes them several times they do not break. Thus the Holy One, blessed be God, does not test the wicked, but rather the righteous, as it is said: The Lord seeks out [the Hebrew can be understood to mean “examines”] the righteous man.

It is also written: God put Abraham to the test. (Genesis 22:1). Rabbi Yosi b. Chanina said: When a flax worker knows that his flax is good, the more he pounds it, the better it becomes, and when he beats it, it becomes finer; but when he knows his flax is not good, he has but to pound it once and the fiber breaks. Thus the Holy One, blessed be God, does not test the wicked, but rather the righteous, as it is said: The Lord seeks out the righteous man.

Rabbi Eleazar said: This may be compared to a landlord who has two cows, one robust and one weak. On which would he put the yoke, not on the robust one? Thus the Holy One, blessed be God, tests the righteous, as it is written, The Lord seeks out the righteous man. (Bereishit Rabbah 32:3)

I have separated the three opinions expressed so we can examine them separately. At first glance they seem to say the same thing, but upon closer examination, we find an escalating pattern: R. Yonatan claims that God tests only the righteous because God knows the wicked will fail. R. Yosi b. Chanina goes a step further, claiming that testing the righteous makes them better and stronger. R. Eleazar goes even further, telling us that God requires the testing of the righteous (presumably to serve as a model for others).

Gevalt! What kind of theology is this?

Four possibilities come to mind. One explanation is that the Rabbis truly believe that God inflicts hardship and suffering on good people in order test their mettle and be assured God has chosen the right person.

A second interpretation is that God tests the righteous so they can serve as an example of continuing loyalty to God despite their suffering. Job is Exhibit A. (However, this sounds less like a test and more like isurim shel ahavah / chastisements of love, discussed at length in b. Berakhot 6).

A third possibility – at least in some cases – is that the notion of a test explains why good people suffer. It’s a test. We just don’t know the ultimate purpose of the test.

Are you surprised to know that I find all three explanations objectionable?

Allow me to offer a fourth interpretation. There is no morally reasonable explanation for why good people suffer; yet we know it happens all the time. Cancer, earthquakes, and drunk drivers do not carefully consider which victims they will strike. Our job is to see the tzelem Elohim – the image of God, the divine spark – in the other and do our utmost to heal them.

But how does the victim make sense of his/her suffering? What do we tell ourselves about undeserved terror, pain, loss? Some years ago I had severe chronic back pain for nearly five years. There are many who have had far worse pain, I’m sure, and I am fortunate that I finally healed. However, during those years I had to decide how I would think about the pain that was my constant unbidden companion. A dear friend and colleague recommending that I consider the pain atonement for whatever I had done wrong and failed to do right. That didn’t work. Instead, I chose to regard the pain as a test. Not as a test from God because I surely do not believe God visits affliction on people for any reason, but as my test of myself: Could I be patient? Could I refrain from complaining? Could I continue to do what I do without allowing the pain to control my life? Could I retain a sense of humor? Could I live positively and constructively with this forever if I didn’t heal? I was the tester; God was a source of strength. I didn’t choose the pain, but as long as I had it, I could choose the role it would play in my life.

Perhaps it is the Israelites’ perception that God is testing them. As a test, they learn much about themselves, including just how much they can endure. The verse with which I began this drash is followed by this:

[God] subjected you to the hardship of hunger and then gave you manna to eat, which neither you nor your ancestors had ever known, in order to teach you that a human being does not live on bread alone, but that one may live on anything that Adonai decrees. (Deuteronomy 8:3)

The Israelites learn two things during their 40 years in the Wilderness, just as I did during those five years: First, they learn to live on less. The quality of life is not a simple equation, but rather a complex of factors. It is often the case that we can live with less without diminishing the overall quality, and certainly not the meaning, of our lives. (An excellent message in a world of rapidly depleted resources.) So maybe it’s not God’s SAT but the Israelites’ (and mine): a Supernal Aptitude Test to determine if they (and I) can overcome hardship by looking above and beyond.

The second thing learned relates to the first: the importance of gratitude. When we can feel grateful for what we do have, what we don’t have begins to take a back seat, and privation and even pain are not experienced quite as acutely. If we can count our blessings rather than tally our pain, life is easier and better.