Become a wise elder — at any age / Shemini

A dear friend told me a few years back that he was in training to become a wise elder. A “wise old man,” he explained, is a Jungian archetype. Near retirement, he told me that at this stage in his life, he felt it appropriate to take on the role of one who offers sage advice and assistance in times of need.

There was a time when elders were held in high esteem and considered not  only dispensers of wisdom, but its very embodiment. Jung wrote:

The afternoon of human life must have a significance of its own and cannot be merely a pitiful appendage to life's morning. The significance of the morning undoubtedly lies in the development of the individual, our entrenchment in the outer world, the propagation of our kind and the care of our children. This is the obvious purpose of nature. But when this purpose has been attained — and even more than attained — shall the earning of money, the extension of conquests and the expansion of life go steadily on beyond the bounds of all reason and sense?...

In primitive tribes we observe that the old people are almost always the guardians of the mysteries and the laws, and it is in these that the cultural heritage of the tribe is expressed.[1]

(Keep in mind that Jung speaks not of knowledge and information, so readily available to anyone with a connection to the internet, but about wisdom, which entails judgment and comes from experience.)

How does this work in our youth-worshiping culture? Jung said that we find old people trying to compete with young people, so much so that, “…it is almost an ideal for the father to be the brother of his sons, and for the mother if possible to be the younger sister of her daughter.” Consider the incalculable loss when our elders are not able to share their wisdom.

The Sfat Emet (Rabbi Yehudah Aryeh Leib Alter of Ger, 1847–1905) considers wisdom from a very different angle. Commenting on the first verse of our parashah, On the eighth day Moses called Aaron and the elders of Israel (Leviticus 9:1), he begins his commentary on parshat Shemini with a midrashic teaching that focuses on the term “call.”

The midrash teaches: “Beloved are the elders, and if they are young, their youth is secondary to them.” Tanchuma adds: “God ages them quickly.” This needs an explanation. R. Akiba had said [earlier in the midrash he is quoting]: “Israel are compared to birds. Just as birds cannot fly without wings, so too Israel cannot exist without their elders.” Moses’ calling the elders was a sign of affection and intimacy; “call” is the term used by the ministering angels [who call to one another]. That is why the midrash mentions here that they sat in a semicircle. The same is hinted at in the verse, Her husband is known in the gates, as he sits with the elders of the land (Proverbs 31:23). What is “the land” doing here? The verse refers to the angels above; among them are those in charge of the lower world, and they are called “elders of the land.” Those above eternally give light to those below.

The Sfat Emet asserts that the qualities of wisdom and leadership are not the exclusive province of the elderly. When younger people possess genuine wisdom and earn the appellation “elder,” and God even gives them “the look.” While the Sfat Emet doesn’t reference it, the Talmud tells the story of a young scholar who attained “the look.” B.Berakhot 27b-28a recounts a disagreement in the Sanhedrin between Rabban Gamliel and R. Yehoshua that reached a boiling point: the infuriated Sages voted to depose Rabban Gamliel because he had treated R. Yehoshua (a wise elder) with disrespect. Needing to fill the void of leadership, they chose R. Eleazar b. Azariah, a young man. R. Eleazar knew he would not occupy the seat of leadership in the Sanhedrin for long because eventually Rabban Gamliel and R. Yehoshua would settle their difference, so he went home to consult his wife. Talmud tells us:

[His wife] said to him: “You have no white hair.” He was eighteen years old that day, and a miracle was wrought for him and eighteen rows of hair [on his beard] turned white. That is why R. Eleazar b. Azariah said: “Behold I am like seventy years old,” and did not say [simply] “seventy years old.”

In other words, R. Eleazar is saying: I only appear to be seventy years old; in reality I am younger. At least in the ancient world, even those who possess great wisdom but not years, are in a better position to convey it if they look the part. The Sfat Emet goes further:

On the verse, Gather seventy men to Me (Numbers 11:16), the midrash notes that “to Me” always refers to things that will last forever. Through the seventy elders below, the Sanhedrin was established above. They forever shine their light below.

The Sanhedrin of scholars, configured in a semicircle, turns out to be but half of the Sanhedrin. The circle is completed by a mirror complement in heaven above. Now we know the source of their wisdom: the divine flow between heaven and earth. When earthly scholars tap into the divine flow — seeing the “big picture” and cognizant of God — they complete the Sanhedrin. Wisdom comes not only from experience, but from connection with the sacred, as well. Those who perceive that everything is interconnected are sensitive to the far-reaching impact of all of our actions and decisions on the world; they have tapped into sacred wisdom. Their wisdom and judgments are invaluable resources for the community. 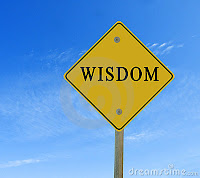 Often that perspective comes from wise elders who have the perspective of years and experience, and are attuned with the sacred dimension of life. But, as the Sfat Emet reminds us, it can come from the young, as well, and their wisdom should not be ignored due to their youth.

Sfat Emet’s commentary is a splendid reminder of three things: