Rolling on the River / Shemot

Horace Kallen wrote (Culture and Democracy in the United States): “Men may change their clothes, their politics, their wives, their religions, their philosophies, to a greater or less extent; they cannot change their grandfathers.” The Israelites have seen everything change because slavery changed everything. Yet Torah supports Kallen’s observation. When Moses pleads with God not to send him back to Egypt, God assures him that God will always be present for him. But…

Why isn’t Ehyeh-Asher-Ehyeh sufficient identification? Why must Moses reference their “grandfathers”? It certain seems that Kallen got it right. Kallen is suggesting that while people can work scrupulously to shed aspects of their cultural identity, they cannot change their background, and that background is a part of them. Perhaps that is why I often hear people say, “Jews see the world in a certain way.” An example: I moved to Columbia, Maryland the home town and brain child of James Rouse, nearly 20 years ago. The symbol of Columbia was a sculpture know as “The People Tree.” It has a large “trunk” with 66 people in a sphere reaching outward. The first time I took a good look at it — a really good look — was only last summer while sitting on the lawn downtown listening to a concert. I was taken aback. Rather than being a positive, life-affirming symbol, I found it, well, creepy. To me, those rail-thin bodies reaching out were trying to escape; it could have been a Holocaust memorial sculpture. My grandfathers are part of me. To the core. 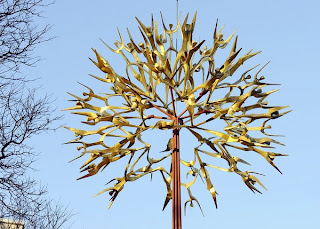 What does it mean that we cannot change our grandfathers? For many it means that  the status quo is sacrosanct. Rabbi Samson Raphael Hirsch started that ball rolling in the 19th century. It is encapsulated in the horrific motto of the Chatam Sofer: All change is forbidden by Torah, at any time, in any place.” That wasn’t even the case for the Israelites! Their very first religious act is to observe a wholly new rite: the ritual of the Pesach. God tells them:

Before someone pounces on the phrase “throughout the ages” we should remind ourselves that the pesach is not a facet of the covenant Abraham forged with God. Passover was not the foundation story of the patriarchs. It is new. And what is more, the manner in which God tells the Israelites to keep this new festival was wholly revamped by later generations. We don’t do it the biblical way; we go by the later rabbinic innovation of a seder and special prayers. And even that isn’t fixed. There has been an explosion in the publication of haggadot and new practices around Passover. If you have the slightest doubt, get a copy of A Different Night, the Family Participation Haggadah by David Dishon and Noam Zion.

Throughout history, we have interpreted, innovated, and invented. The Rabbis invented shabbat candle-lighting; Rambam took us down the road of law codes (a most unfortunate initiative); the mystics of Tzfat gave us Kabbalat Shabbat and a universe of new theological views. Heraclitus encapsulated it best: “You cannot step twice in the same river.” Perhaps you cannot change your grandfathers, but you needn’t be your grandfathers.

The river that parted for the Israelites to complete their redemption flows on. In our time, we have seen Eco-Kashrut, Magen Tzedek, the rise of independent, vigorous minyanim, new theologies (neo-Hasidism and Process Theology, for example), and new rituals. Neil Gillman gave us a new understanding of techiat ha-meitim (resurrection of the dead). Abraham Joshua Heschel gave us a new view from Sinai of revelation and Torah. Scholars such as James Kugel and Jon Levenson are opening doors for us to see our heritage in a new light vis-à-vis Christianity. This will in turn lead to new understandings of basic Jewish categories which will, in turn, beget new expressions of Judaism. In short, the river rolls on. 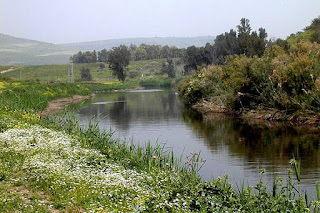 When God tells Moses to identify God to the Israelites as Ehyeh, the God of their ancestors, I understand God to be saying: Let your heritage be a source of strength to move forward out of Egypt to redemption and a new covenant with Me. That is what we, as Jews, do. We step into the river — again and again — and enjoy its newness each time.