When was the last time you growled at one of your devices because a webpage was slow to load? Cell phones and texting give us immediate access to people and a corresponding expectation that even if we leave a voice mail or a text message we should receive a response soon. We now have same-day delivery and movies-on-demand. Technology has fostered lateral growth—we have a wider grasp of the material world and far more data at our fingertips—but depth growth cannot be accelerated; it continues to take time and effort.

That message comes through in this week’s parashah, Vayeitzei. How appropriate that it features a well whose precious, live-giving resource lies deep below the surface and is difficult to access. That which is precious and critically necessary for life needs to be carefully protected and preserved. That is why wells in the ancient Near East were often covered with enormous stones. 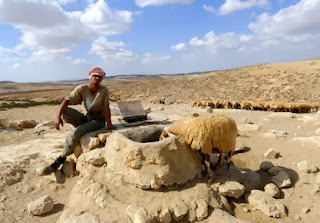 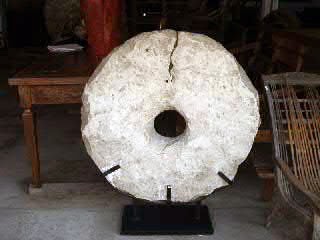 On the day following Jacob’s dream of angels ascending and descending a ramp from earth to heaven, Torah provides some “comic relief.” Jacob comes upon a well covered with a stone; Torah makes a point of telling us it is large. We could have surmised as much. Shepherds from Haran have gathered around the well. They tend their three flocks and await the arrival of other shepherds because it will take many hands heaving and pushing in concert to slide the stone aside to water their flocks and herds. But no wait is necessary. Rachel arrives with her father’s flock and the shepherds identify her to Jacob as the daughter of Laban. Cue the romantic music; Jacob is instantaneously smitten. Now cue the hero theme music, because in true super-hero fashion,

Jacob went up and rolled the stone off the mouth of the well, and watered the flock of his uncle Laban. Then Jacob kissed Rachel, and broke into tears. Jacob told Rachel that he was her father’s kinsman, that he was Rebekah’s son; and she ran and told her father. (Genesis 29:10-12) 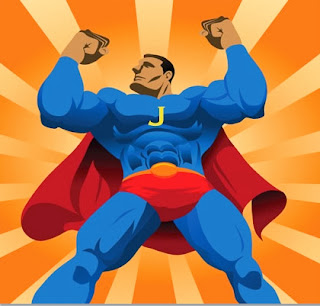 Jacob rolls the stone away, starts crying, and tells her he is her cousin. (That’s a lot to assimilate on the first date.)

Kabbalists see all of Torah as a mystical allegory pointing to deep truths lying beneath the surface of what is apparent to us—what we would call the physical world as it is. We are inclined to call it “reality.” Not so, they tell us. There is a deeper reality to which Torah provides the keys. You just need to know how to read Torah to unlock its secrets. The S’fat Emet (Rabbi Yehudah Leib Alter of Ger) tells us,

This reality—the well in the field—is found in every thing and in every one of Israel. Every thing contains a life-giving point that sustains it. Even that which appears to be as neglected as a field has such a hidden point within it. The human mind is always able to know this intuitively. This is the three flocks of sheep, which stand for wisdom, understanding, and awareness. With wisdom and intellect a person understands this inwardness: within all things dwells “the power of the Creator, within the creation.”

Those of us schooled in Western, rational, scientific thinking might be inclined to think that this is all a lot of irrational, mystical nonsense. That which is real, science proclaims, can be observed and measured, right? While it is true that scientific research is based largely on observation and measurement of the empirical world, experimentation and reproducible results, not to mention having predictive power, much science has proceeded from ideas concerning that which is neither observable nor measurable at the time the ideas are promulgated, and today involves notions concerning phenomena that are inherently unobservable and immeasurable. In 1930, the great physicist Werner Heisenberg found this untenable. He said, “It seems necessary to demand that no concept enter a theory which has not been experimentally verified at least to the same degree of accuracy as the experiments to be explained by the theory.”[1] But his mentor, Neils Bohr could and did conceive a reality not readily apparent through observation and measurement: “The procedure of measurement has an essential influence on the conditions on which the very definition of the physical quantities in question rests.”[2] In time, Heisenberg came to appreciate that Bohrs had it right, and dropped his positivistic, anti-metaphysical approach to Quantum Mechanics. Erwin Schrodinger also found Bohr’s ideas, about the superposition of two states, difficult to digest. His thought experiment, which famously came to be called Schrodinger’s Cat Paradox, sought to debunk the ideas first proffered by Einstein, Podolsky, and Rosen concerning measurement and superposition of states. There is a point in time when the cat exists in an indeterminate state: neither dead nor alive (or, if you prefer, both dead and alive). What became clearer and clearer to physicists is that there is far more to the universe than they can observe and measure, because when they do they alter the very reality they seek to observe and measure. Physicists are engaged in metaphysics, and by “metaphysics” I do not mean anything involving the supernatural, but rather the traditional meaning of the term: the explanation of the fundamental nature of being and the world, including cosmology and teleology.  For science, we must always remain open to the notion that our understanding of the world—our apparent reality—is incomplete and future generations may refine, revise, or even build new models of the universe.

In their own way, Kabbalists and mystics have known this for a long time, though the metaphysical reality of which they speak is spiritual and emotional and goes to the very core of how we conceive the universe and experience our lives in it. And because it is metaphysics from the realm of religion, it has implications for how we live our lives. The S’fat Emet continues:

But “the stone was large on the mouth of the well.” When corporeality spreads forth, there is hiding; intellect is not always joined to deed. The answer to this lies in “were gathered there”—all one’s desires and every part of the body and its limbs have to be gathered together as one places oneself in God’s hands before each deed. Then “they would roll the stone.”

The notion that a spark of the divine resides in each of us—indeed in everything—is a foundational Kabbalist notion. S’fat Emet reminds us that most of us have not come to know our true selves nor reached our full potential. We rely overmuch on tools of measurement that observe only the surface, not what is beneath. Hence, “When corporeality spreads forth, there is hiding; intellect is not always joined to deed.” When we understand the deeper truths of reality, we can unite every aspect of ourselves into one unified being in service of God—and our deeds will reflect the deeper truths we have learned rather than the shallow notions with which we began.

S’fat Emet is also saying more than this. He is saying that like Quantum physics, the metaphysical reality beneath our corporeal, physical experience is accessible, but first we must roll away the stone which is very “large”—and that takes great effort. We live in a world of immediate gratification and quick fixes. In the environment of expectations that engenders, S’fat Emet’s teaching comes as a sobering reminder: that which is truly worthwhile takes enormous effort. And effort requires time. Moral, intellectual, and spiritual growth and insight are not “on the surface” and simple to master. It takes enormous strength and effort to see the inner truth of what we are and of what we are capable. As S’fat Emet put it: “Within all things dwells ‘the power of the Creator, within the creation.’”