Samuel Johnson once observed that of all the species on earth, “Man alone is born crying, lives complaining, and dies disappointed.” Crying and disappointment are sometimes unavoidable, but complaining is a choice. Is complaining good or bad? Is it Step One in identifying a problem, and thereby the launching pad to change and progress? Or is complaining an exercise in self-pity and therefore a dead-end street? As Shirley Chisholm once said, “You don't make progress by standing on the sidelines, whimpering and complaining. You make progress by implementing ideas.” 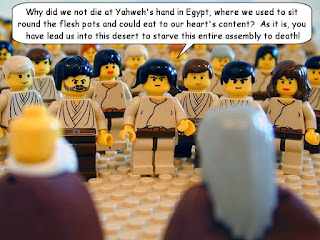 Parshat B’haalotkha gives us two examples of complaining that evoke diametrically opposite reactions from God. The first complaint is from the Israelites. If complaining is a trait exhibited only by humans, the Israelites have developed it into a fine art. From the moment they leave Egypt, they bemoan the “loss paradise” of the land of pharaohs and focus on the privations of life in the Wilderness rather than on their newfound freedom.


The people took to complaining bitterly before Adonai. Adonai heard and was incensed: a fire of Adonai broke out against them, ravaging the outskirts of the camp. The people cried out to Moses. Moses prayed to Adonai, and the fire died down. That place was named Taberah, because a fire of Adonai had broken out against them. The riffraff in the their midst felt a gluttonous craving; and then the Israelites wept and said, “If only we had meat to eat! We remember the fish that we used to eat free in Egypt, the cucumbers, the melons, the leeks, the onions, and the garlic. Now our gullets are shriveled. There is nothing at all! Nothing but this manna to look to!” (Numbers 11:1-6)


Hot on its heels is the second complaint, issuing from Moses:

And Moses said to Adonai, “Why have you dealt ill with Your servant, and why have I not enjoyed Your favor, that You have laid the burden of all this people upon me?  Did I conceive all this people, did I bear them, that You should say to me, ‘Carry them in your bosom as a nurse carries an infant,’ to the land that You have promised on oath to their ancestors? Where am I to get meat to give to all this people, when they whine before me and say, ‘Give us meat to eat!’ I cannot cary all this people by myself, for it is too much for me. If You would deal thus with me, kill me rather, I beg You, and let me see no more of my wretchedness!” (Numbers 11:11-15)

Business consultant Isaiah Henkel contends: “Your problems are proportional to the amount of time you spend complaining about your problems: The less you complain, the fewer problems you will have. This is because complaining about your problems keeps your attention on your problems. And attention generates force.” Incessant complaining, Henkel suggests, generates an emotional black hole that sucks in energy, focus, attention, and resources that could otherwise be used to solve challenges. While this is sometimes the case, perhaps a more nuanced view of complaining reveals a subtler truth. This becomes clear when we compare God’s reaction to the Israelites’ complaint with God’s reaction to Moses’ complaint.

God reacts to Israel’s complaints with rage and fire, but responds to Moses in an entirely different manner:

Then Adonai said to Moses, “Gather for Me seventy of Israel’s elders of whom you have experience as elders and officers of the people, and bring them to the Tent of Meeting and let them take their place there with you. I will come down and speak with you there, and I will draw upon the spirit that is on you and put it upon them; they shall share the burden of the people with you, and you shall not bear it alone.” (Numbers 11:16-17)


Both the complaint lodged by the Israelites and that of Moses are marked by specificity. The Israelites want the foods of Egypt; Moses wants to be relieved of the overwhelmingly crushing burden he feels. How do they differ? If we didn’t know better, we might imagine that the Israelites lived like royalty in Egypt, dining daily in the palace on haute cuisine that was not only exceptionally good, but entirely free. The Israelites’ complaint leaves no room for resolution: returning to Egypt is 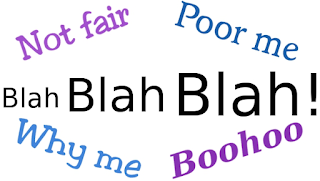 not an option. They imagine a fictional past, something akin to revisionist history, concerning their lives in Egypt. This leaves no room for a solution. Eric Berne, the creator of Transactional Analysis, described a phenomenon in Games People Play in which one party complains (“we’re hungry out here in the Wilderness”), the other party suggests a solution (“here’s manna”), and the first party replies, “Yes, but…” (“it doesn’t taste like the wonderful food we ate in Egypt”) thereby rejecting any solutions offered. The Israelites don’t want a solution; they want to complain and garner pity and attention. Torah tells us that God provides them manna that וְהָיָה טַעְמוֹ, כְּטַעַם לְשַׁד הַשָּׁמֶן tasted like rich cream (Numbers11:8), and midrash reports that, to the young [manna] tasted like bread; to the elderly it tasted like honey; and to infants it tasted like oil (Exodus Rabbah 25:3)—but even manna does not satisfy the Israelites. “Yes, but… the food in Egypt was so much better!” God’s response to the Israelites’ “Yes, but…” is fire.

Moses’ complaint, however, signals openness to finding a workable solution, to accepting or perusing possibilities to remedy the problem. Accordingly, rather than express anger and impatience with Moses, God sketches the outline of a solution: the burden will be shared with seventy elders, each of whom will be imbued with the ruach (divine spirit) that Moses possesses. Moses’ legitimate complaint, which seeks a genuine solution, elicits a very different response from God than the Israelites’ complaint and “Yes, but…”

In a recent study published in The Journal of Social Psychology, researchers found that those who complained not merely to get attention or sympathy, but rather to achieve a specific result, tended to be happier. The key, they discovered, is mindfulness. Those who engage in strategic complaining (think of Moses here) make a deliberate decision to complain; they employ facts and data to bolster their complaint. These are people who search out, and are open to, solutions. Those who are not mindful in their complaining generally whine far more and to less effect (consider the Israelites here). The outcome is therefore not surprising: God is furious with the Israelites and sends fire. With Moses, however, God offers a solution: Seventy elders of Moses’ choosing will share the burden of leadership with him.

The social psychology study does not suggest that we should never complain. Rather, it suggests that if our complaints are merely venting, they will not net positive results, and may come at the cost of irritating and alienating people who brand us as chronic complainers.  As Stephen Hawking noted, “It is a waste of time to be angry about my disability. One has to get on with life and I haven't done badly. People won't have time for you if you are always angry or complaining.” There are occasions when complaining is a constructive approach to a situation if we are careful to marshall facts and remain open to finding solutions.

The next time you feel a complaint formulating in your mind and about to sneak out your lips, perhaps this is worth considering. 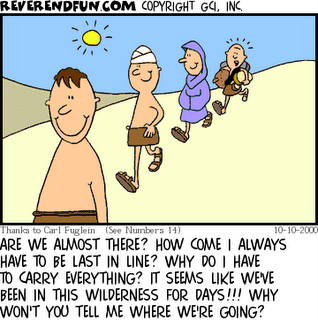