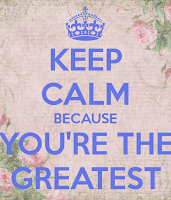 We have all known parents who speak about their children only in the superlative: He’s the smartest kid in his class. She’s the best reader in her grade. He’s the most artistic kid in the school. She’s the best player on her team. Setting aside how listeners (especially other parents) may feel when subjected to this parental patter, we might wonder: What effect does this have on children spoken to, and of, in this hyperbolic manner? Do they feel supported by their parents’ belief in their abilities? Do they feel pressure to live up to their parents’ expectations? And what effect does singling them out have on their relations with their peers?

Adonai has affirmed this day that you are, as [God] promised you, [God’s] treasured people who shall observe all [God’s] commandments, and that [God] will set you, in fame and renown and glory, high above all the nations that [God] has made; and that you shall be, as [God] promised, a holy people to Adonai your God. (Deuteronomy 26:18-19)

I sometimes think that the idea of chosenness, much like the my-child-is-best idea, resides at the intersection of the natural human desire to feel distinctive and unique, and the natural human proclivity to compete with others. Apparently, what happens on the individual level can happen on the national level, as well. Where does this leave Israel, God’s “child”? Pressured to live up to high expectations? Supported by God’s confidence in them? And what of their relations with peers?

The Torah’s true perspective might be helpful when we approach the idea of chosenness, and also for parents who are inclined to speak of their children in the superlative. Lest we think that Israel is inherently superior, endowed with exceptional attributes, qualities, or powers, Torah tells us this:

It is not because you are the most numerous of peoples that Adonai set his heart on you and chose you—indeed, you are the smallest of peoples; but it was because Adonai favored you and kept the oath [God] made to your ancestors that Adonai freed you with a mighty hand and rescued you from the house of bondage, from the power of Pharaoh king of Egypt. (Deuteronomy 7:7-8)

Here we find that God “chooses” the Israelites and redeems them from Egypt not because they are inherently superior to other nations, but rather in fulfillment of a commitment made to Abraham who, from the perspective of Torah, was an arbitrary choice.[3] There is no suggestion from Torah concerning why God chose Abram. The Rabbis, however, fill this lacuna with copious midrashim attesting to Abram’s extraordinary spiritual insights, strength, and resilience; they presume that Abram was an innately superior individual and that God recognized this even if Torah does not record it. However, is it possible that Abram was “ordinary” until God selected him, and the selection itself imbued him with a sense of purpose and potential that helped him become “extraordinary”? Is this what Moses was doing on God’s behalf in telling the Israelites that [God] will set you, in fame and renown and glory, high above all the nations that [God] has made; and that you shall be, as [God] promised, a holy people to Adonai your God? Does this happen to our children when we shower them with accolades and praise? 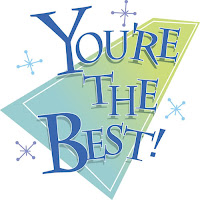 In fact our passage from Ki Tavo is most often read as exhortation: Moses is calling the Israelites to fulfill their potential, making it a wonderful passage to be reading shortly before Rosh Hashanah, a day on which doing teshuvah (repentance) should focus us on our untapped and unfulfilled potential and promise, just as a new year of possibility unfolds before us. Exhortation can support and encourage a child or a nation to aim higher, but it can also have a dark side: it can also be construed as a branding of superiority that actually exempts the child or the group from exerting greater effort because, after all, they are destined for “fame and renown and glory.”

The Rabbis are wise to temper the notion of chosenness with an eloquent reminder that all human beings share in God’s holiness and none is inherently superior: after all, everyone descends from the same ancestor:

Humanity was produced from one human being, Adam, to show God's greatness. When a person mints a coin in a press, each coin is identical. But when the Sovereign of Sovereigns, the Holy One, Blessed be God, creates human beings in the form of Adam, not one is similar to any other. (Mishnah Sanhedrin 4:5)

Rabbi Akiba frames our tendency to wish to see ourselves as special and unique, set apart and uncommonly (or even exclusively) endowed with certain attributes in a fascinating way. He affirms Israel’s sense of being uniquely beloved of God, but only after affirming that all people are beloved of God and everyone is created in the divine image. And what is more, everyone knows that they are. Israel’s sense of uniqueness does not stand outside humanity, but in the very stream of humanity, all of whom are beloved of God.

Put another way: British journalist[4] William Norman Ewer (1885–1976) coined the well-known epigram: “How odd of God to choose the Jews,” to which Prof. Anonymous appended, “Not so odd; the Jews chose God.”

Rabbi Akiba subtly and lovingly asks us to consider our “chosenness” in the context of everyone’s specialness. Many years ago, when my oh-so-wise husband thought one or another of the kids was acting, well… let me tell you what he would say to them and I think  you’ll get the picture:  “Yes, you are unique in all the world—just like everyone else.”

© Rabbi Amy Scheinerman
[1] The prophet Amos suggests that designation “chosen people” might not be such a prize: You only have I singled out of all the families of the earth: therefore will I visit upon you all your iniquities (Amos 3:2).
[2] Inspiring Tevye’s complaint to God in Fiddler on the Roof: “I know, I know. We are Your chosen people. But, once in a while, can't You choose someone else?”
[3] Adonai said to Abram, “Go forth from your native land and from your father’s house to the land that I will show you. I will make of you a great nation, and I will bless you; I will make your name great, and you shall be a blessing. I will bless those who bless you and curse him that curses you; and all the families of the earth shall bless themselves by you.” Avram went forth as Adonai had commanded him… (Genesis 12:1-4).
[4] Historical trivia: he was also a Soviet agent!
Posted by Rabbi Amy Scheinerman at 9:47 AM