The Rabbis tell the story of two brothers who were utterly selfless; each placed the welfare of the other before himself. They shared a wheat field they had inherited from their father. The married brother reasoned that his single brother needed more wheat because he had no children to care for him in his old age. The single brother reasoned that the married brother needed more wheat because he had more mouths at home to feed. It’s a beautiful ideal.

When I was growing up, it was accepted wisdom that siblings compete, fight, resent one another, and therefore have great difficulty getting along. Psychology had taught that this is “normal,” and at least where I grew up, parents set their expectations and responded to their children’s behavior accordingly.

Psychologists could have used Genesis as their proof text: Cain and Abel, Isaac and Ishmael, Jacob and Esau, Joseph and his brothers. What happens in the next generation?

Joseph has two sons born in Egypt: Manasseh and Ephraim. Thus far Torah has recorded their names (Genesis 41:50-53), but not a word or act of either. Manasseh and Ephraim figure prominently in the events recorded in parshat Vayechi although the words and actions are not theirs. Why is it, then, that we bless our sons, “May God make you like Ephraim and Manasseh?” Why not “Abraham and Isaac” or “Jacob and Joseph” or “David and Solomon”? What’s so exemplary about these brothers -- whose words and actions are not even recorded in Torah -- that they are the model for our sons, shabbat after shabbat and generation after generation?

Parshat Vayechi recounts Jacob’s blessing of Joseph’s sons, and it entails several peculiarities. First, Jacob wishes to (at least symbolically) adopt the sons of Joseph born in Egypt -- outside Eretz Yisrael, away from the family hearth -- Ephraim and Manasseh.

[On his deathbed] Jacob said to Joseph, “El Shaddai appeared to me in Luz in the land of Canaan and blessed me, saying to me: ‘Behold, I will make you fruitful and multiply you; I will make you a multitude of peoples and I will give this land to your seed after you as an everlasting possession.’ Now, then, your two sons born to you in the land of Egypt before my arrival in Egypt -- they are mine; Ephraim and Manasseh will be to me like Reuben and Simeon. But your progeny whom you engender after them are yours; they will be called by their brothers’ names in their family allotment.” (Genesis 48:3-6)

Perhaps this is a later retrojection, explaining why there is no tribe of Joseph, yet there are tribes named Ephraim and Manasseh among the twelve tribes of Israel. We cannot ignore, however, that there is something special about Ephraim and Manasseh. What could it be?

Jacob is moved to specially bless Manasseh and Ephraim. Jacob kisses and hugs them. Then their father Joseph positions them to receive their grandfather’s blessing, so that the elder brother, Manasseh, is at Jacob’s right hand, and the younger brother, Ephraim, is at Jacob’s left hand, as custom requires.

But Israel stretched out his right hand and laid it on Ephraim’s head, though he was the younger, and his left hand on Manasseh’s head -- thus crossing his hands -- although Manasseh was the first-born. (Genesis 48:14)

The preference for, or superiority of, the younger over the older is a motif in virtually every generation we have encountered: Isaac and Ishmael, Jacob and Esau, Joseph and his brothers. We will see it again in the generation of King David. Why these boys? There is no reason to think Ephraim has any special attributes or abilities. Jacob’s switch seems arbitrary and unjust.

Perhaps the reason we bless our sons by Ephraim and Manasseh is because these brothers do not reject or hate one another. They do not compete and contend with one another, nor attempt to overpower one another and gain control of the family -- even when their grandfather imposes himself as Jacob did. 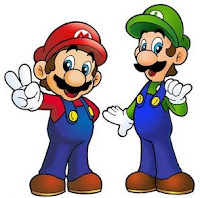 The brothers’ silence speaks volumes -- they live together in peace. They teach us one of the secrets to achieving peace in a sibling relationship, or in any other relationship: there are times when we need to hold our peace to have peace, and privilege the relationship above our ego needs of the moment. That takes foresight on the one hand, and humility on the other: foresight to set goals according to the bigger picture and broader implications of our behavior, and humility to do the tzimtzum (contraction) necessary to reach our goals.