Most of us, in our lives, come to a point where we long for reconciliation. We don’t need a Truth and Reconciliation Commission, but sometimes it feels like our situation is as insurmountable as those that do.

For many weeks we have been reading the complex, convoluted, and compelling “Joseph Cycle” in the Torah. We’ve watch Joseph grow from a spoiled and bratty little brother into the prime minister of Egypt, wielding nearly limitless power. It’s packed with all the elements of a hit movie directed by Quentin Tarantino and starring Daniel Craig: love, jealousy, intrigue, power, sex, bitter competition, betrayal, and revenge.

Yet all the while, and despite everything he has, Joseph discovers that he does not have what he most needs to be whole: to be reconciled with his brothers and reunited with his father. The arrival of Joseph’s brothers to buy grain in Egypt rips open the wound of long ago, a wound that never really healed.

This week, in parshat Vayigash, Joseph finally reveals himself to his brothers and at last, reconciliation begins. But there’s something intriguing about how Torah recounts the story. Judah, the oldest of the 12 brothers, approaches Joseph and launches into a long discourse. Usually, people speak succinctly in the Torah. Not here! Judah goes on and on about his father’s pain and his fear that if Joseph keeps Benjamin, Jacob’s heart will break, and how he couldn’t bear for that to happen. Judah then offers himself as ransom for Benjamin. Here’s a little of it:

The scene that leads to reconciliation is striking: First, Judah speaks to Joseph at length and without rancor. He doesn’t express hate, resentment, anger, or bitterness. As a result, Joseph can hear commonalities with Judah. The father Judah wants to save from anguish is his own father, Jacob.

Second, Judah speaks not about his resentments and gripes, but about what he loves and is committed to. He speaks in terms Joseph can affirm. Again, Joseph can absorb what Judah says, feel empathy and concern for him (and remember, this is the brother who threw him into a pit and sold him into slavery) and respond positively.

Third, Joseph listens without interrupting, commenting or contradicting. He just listens. Most of us need to learn to do that. We think we do, but… do we really?

Fourth, each side acknowledges the experience and reality of the other.

This is not to say that the reality of what happened is tossed aside. There are issues of justice, equity, and recompense that must be addressed. Corazon Aquino, who led the 1986 People Power Revolution that toppled Ferdinand Marcos, and who became the 11th president of the Philippines said, “Reconciliation should be accompanied by justice, otherwise it will not last. While we all hope for peace it shouldn't be peace at any cost but peace based on principle, on justice.”

Joseph knows this. Sensing his brothers’ guilt and fear, he tells them:

Now do not be distressed or reproach yourselves because you sold me hither; it was to save life that God sent me ahead of you… God has sent me ahead of you to ensure your survival on earth, and to save your lives in an extraordinary deliverance. So, it was not you who sent me here, but God; and He has made me a father to Pharaoh, lord of all his household, and ruler over the whole land of Egypt. (Genesis 45:5, 7-8)

Whether or not we subscribe to Joseph’s theological belief, we can appreciate that he recognizes the need to address the wrongs that caused the rift.

What a great model for people everywhere! Wise, practical, and effective: Speak factually and without rancor, but say it all; say what you believe in and what you need; listen -- truly listen -- to what the other side says; acknowledge the experience and reality of the other; know that justice must be served. That’s the formula. It works for the sons of Jacob. It worked in South Africa. With a lot of courage and conviction, it can work for us. 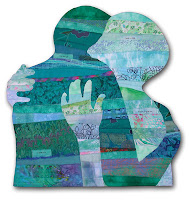