Asking the right questions makes all the difference / Pesach

Have you ever had an MRI? If so, you have Isador Rabi, Nobel laureate in physics, to thank. Rabi, the son of poor immigrants, reported that his mother made him a scientist. Every day when he returned home from school, rather than ask (as most mothers did), “What did you learn today?” Rabi’s mother asked, “Izzy, did you ask any good questions?” 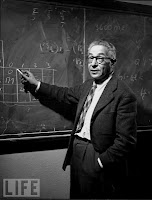 At Passover family gatherings around the globe this week, the youngest child stood -- often on a chair -- and recited the Four Questions. Adults applauded approvingly, and the Passover seder proceeded for hours discussing, debating, and answering those questions and others generated along the way as we relive Redemption in an effort to bring it about. As a youngster, I wondered why asking the Four Questions -- written in the haggadah, learned by rote, and repeated verbatim every year -- figured so prominently in the seder service. As an adult, the reason is clear: Asking questions is as vitally important for Redemption as it is to science. Questioning is the beginning of wisdom.

Knowledge, progress and redemption depend upon our having the wisdom to ask the right questions.

The Catholic Church has announced that providing health insurance that covers the cost of contraceptives is a violation of its religious beliefs, since Catholic doctrine opposes the use of birth control. The religious beliefs and commitments of the people who happen to work at Catholic institutions (schools and hospitals, for example) is immaterial to them. The right of their employees to make personal health care decisions privately according to their own consciences and religious commitments -- a right afforded by the Constitution -- is similarly irrelevant to them. This is a hot button topic in the news as the country debates the Affordable Care Act. Here are questions to ask: Where in all this debate is discussion about health insurance providing vasectomies? Why is male birth control not being discussed? And if it’s not, then the issue is not really birth control.

Many conservatives have voiced vociferous opposition to abortion. The rhetoric has gotten pretty nasty. We’ve seen demonstrations, accusations, even attacks on clinics and physicians. Here are questions to ask: Have you seen any of those so vehemently opposed to abortion campaigning for safe, effective, and available contraception? Have you seen any of them lining up to adopt unwanted babies? If not, then the issue is not really abortion.

So here’s my question: What is the real agenda of those who would deny women their constitutional rights to contraception and abortion services? It’s not about when life begins, or the rights of a fetus, or what “be fertile and increase” means. It’s about a full-throttle regressive effort in America at the beginning of the 21st century to return to a time when men, and not women, had command of women’s bodies and procreation.

Clearly, both men and women are affected by the availability of safe contraception and abortion, but certainly not equally. Birth control and abortion have empowered women to make choices that have enabled them to move into the public sphere, wielding influence and power.

The spectacle of an all-male clergy panel appearing before the House Committee on Oversight and Government Reform hearing on the contraceptive coverage rule is not merely shocking; it’s alarming and shameful.

Have we stepped into a perverse time machine and returned to an age in which male clerics -- some of whom were celibate! -- made life decisions about women’s bodies? From all appearances, that is the direction many would like to move. We’ll need to rewrite the lyrics for the Weather Girls’ 1982 hit, “It’s Raining Men.” The new version will be entitled, “It’s Reigning Men.”

Redemption is the singularly most important message of Passover. We re-enact our ancestors' redemption to remind ourselves that however bad things get redemption is possible. It is possible to rise from a place of vulnerability, weakness, and suffering, to a place of strength and healing. The Egyptians controlled the bodies and productivity of the Israelite slaves. It is time -- alas, still -- to redeem women’s rights over their own bodies and reproduction.