The lie about “lying with a man” / Acharei Mot - Kedoshim

I am sick and tired of hearing people pontificate on how same sex marriage will degrade the institution of marriage. How could two men or two women who want to enter into a long-term, committed relationship degrade marriage? Sounds like a confirmation of marriage to me. I am also disgusted by the way certain political elements in this country work assiduously to make opposition to same-sex marriage the dominant domestic issue in political discourse, thereby distracting us from discussing what is truly important: poverty and economic justice, housing and homelessness, education, reproductive rights, biomedical ethics, crime and violence, campaign finance reform, health care, and any of a number of issues that affect the quality of life for millions of Americans.

I might as well jump in with two feet.  This week’s Torah portion includes the infamous verse Leviticus 18:22:  Do not lie with a male as one lies with a woman (mishk’vei ishah); it is an abhorrence (to’evah). This verse, perhaps more than any other, has been misinterpreted and used to justify abuse of, and discrimination against, homosexuals. The presumed biblical prohibition against homosexuality has taken on a life of its own; its history is sordid and ignominious. You hardly need me to recount case after case of people beaten and killed because of their sexual orientation. The Torah is not to blame for all this abuse; human beings who misinterpret it and condone violence most certainly are.

What exactly does Torah prohibit? The honest answer is that no one is entirely certain. First a few questions: 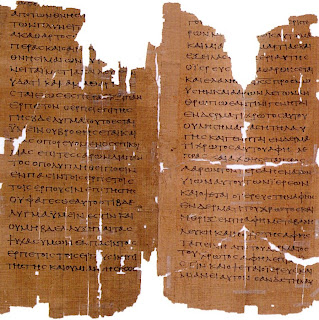 Leviticus in the Septuagint, an early Greek translation

Taking these questions in reverse order:

“Abomination” and “abhorrence” are strong words; the English terms evoke strong emotions. But what is a to’evah? Generally, a to’evah is an act that is learned and volitional. Deuteronomy 14:3 says: lo tokhal kol to’evah, generally translated “You shall not eat anything abhorrent.” But it is not the animals we are not permitted to eat that are abhorrent. They are part of God’s creation. It is the act of eating them that is abhorrent. Similarly, Deuteronomy 7:25, 26 speaks of idolatrous images that threaten to ensnare the hearts and minds of the Israelites: to’a’vat Adonai Elohekha hu (“it is abhorrent to the Lord your God”). It is clear that what is abhorrent to God is the activity of worshiping other gods. Torah dismisses the idols and images of the people of Canaan as meaningless objects; it is their worship that offends God. Proverbs 6:16-19 tells us: Six things the Lord hates; seven are an abomination (to’evah) to him: a haughty bearing, a lying tongue, hands that shed innocent blood, a mind that hatches evil plots, feet quick to run to evil, a false witness testifying lies, and one who incites brothers to quarrel. Each of these is learned and volitional -- either immoral acts in themselves or leading to immoral acts.

What then is the to’evah in Leviticus 18:22? It has only recently (in the span of human history) been widely acknowledged that homosexuals are homosexual from birth. It is not a “choice” to become homosexual any more than it is a choice to become heterosexual. Leviticus 18:22 does not condemn homosexuality as an innate component of one’s biology. If it did, we would expect to find a similar prohibition against lesbian eroticism, but there is none in Hebrew Scripture. Yet Leviticus 18:22 does condemn a particular act. What is that act?

Many interpreters have offered the opinion that Leviticus 18:22 prohibits anal intercourse between men. (See, for example the commentary in The Torah: A Women’s Commentary, p. 692, edited by Eskenazi and Weiss, and the responsum authored by Dorff, Nevins, and Reisner for the Rabbinical Assembly’s Committee for Jewish Law and Standards.) I am inclined to accept this interpretation and add that as I read it, the prohibition is limited to one sexual act, and one sexual act alone: penetration. But I am not comfortable stopping there, because the Torah describes it most particularly as mishk’vei isha - as one lies with a woman. The entirety of Chapter 18 is addressed to men and all the sexual partners they might take. The problem with taking a male sexual partner is not homosexuality, but rather that a man puts another man in the position of being a woman: the weaker, inferior partner who lacks male prerogatives in a patriarchal society. I note that Leviticus 20:13 condemns both to death. Why would this be? The man who receives, and the man who penetrates, both participate in emasculating the receiver, in confusing the separation between male and female that is so strongly emphasized in Genesis chapter 1 and throughout Torah, which is often occupied with classifying and categorizing plant and animal species, and which time and again expresses concern over the blurring or crossing of these boundaries.

Now, in the 21st century, we should ask: Does a homosexual relationship demean one partner? Clearly the answer is no. Am I dancing out on the edge of a limb with this approach? Consider this: Many congregations still prohibited women from receiving aliyot and reading Torah because of this teaching in the Babylonian Talmud:

Our rabbis taught: All may be numbered among the seven [who are called to the Torah on Shabbat for aliyot] -- even a minor and even a woman. But the Sages said: A woman may not read from the Torah on account of k’vod ha-tzibbur (the dignity of the congregation). (Megillah 23a)

Women should be permitted to bless and read the Torah in public, but k’vod ha-tzibbur, the dignity of the community mitigates against it; in other words, women may not have aliyot or read Torah lest men be embarrassed that a woman can read Torah while they cannot. That is a social situation that no longer pertains. In a world where men are taught by female professors in college, and use female doctors, lawyers, and consultants, we need not worry that their dignity will be impinged upon by a woman blessing or reading Torah. In the same way, the Torah’s apparent concern about a man being put in the “position of a woman” no longer pertains either.

I will not dignify the claim that homosexuality is “unnatural” with a response, but there is one objection that is worth considering, and it is found in the Babylonian Talmud (Nedarim 51a). Ben Kappara drashes to’evah as to'eh atah vah (“you stray thereby”), an interpretation based entirely on the sounds in the word. Rashi and Tosafot explain that a man who devotes all his energy and attention to a sexual relationship with another man may abandon his wife and family. This would have dire consequences for the family and the community. Here, too, there is no problem because homosexual couples can, if they choose, establish households and raise families, participating in the life of the community and blessing it with their presence.

My personal view is that the government should get out of the business of marriage altogether. Government should do no more than register civil unions. Let religious and other groups define marriage in any way they like, and confer whatever status and ceremony they choose on the couple. Meanwhile, let us welcome families -- whether homosexual or heterosexual -- into our communities and support them all in their endeavor to enjoy the blessing of marriage, raise the next generation, and contribute to society. 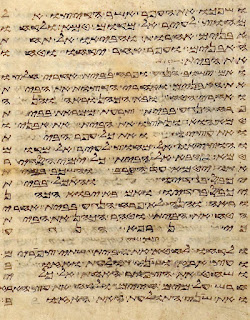 Posted by Rabbi Amy Scheinerman at 9:00 AM