The priests, as described in parshat Emor are bound by a strict set of regulations: they may not come in contact with a corpse, with the exception of a close relative; they may not engage in some of the signs of mourning, specifically those related to the body; they may not marry a divorcee; they may neither go around bare-headed nor rend their priestly vestments. Then we get to a very troubling regulation concerning their physical qualifications to offer sacrifices in the Mishkan (Tabernacle):

Human perfection does not exist. If any of is “defective,” all of us are defective. Indeed, the very concept of human perfection is insidious because it suggests we all hopelessly miss the mark. (For that reason, I believe the Jewish notion of teshuvah/repentance is far superior. On the High Holy Days, I do not strive for perfection, which is impossible, but rather self-improvement, which is within my power.)

The notion of defect, which in turn implies the possibility of human perfection, generates a sense of inadequacy among many people. Whether it a physical matter or an emotional challenge, it makes them feel insufficient, less than, even intolerable. Imagine how much pain such thinking engenders. Every human being seeks shleimut/wholeness, a sense of completeness that brings in its wake serenity and equanimity (at least for short intervals). To describe a human being as asher bo mum / that he has a defect suggests that wholeness is beyond that person’s reach precisely because of how he or she deviates from “the norm.”

The concept of “defective” is dangerous and deadly when applied to a group of people, be it a nation, an ethnicity, a religion, or a tribe. To call a group “defective” -- just like labeling them a “virus” or a “cancer” -- is to brand them sub-human and therefore expendable. History has shown us far too often that such thinking leads to genocide.

Our language and our thoughts are indistinguishable. Saying, “Well, that’s not really what I meant” doesn’t wash when what is on the line is the very humanity of a human being or a group of people. The Oxford English Dictionary has well over 250,000 entries; there are probably more words in the English language than in any other. There are ways to say what we truly mean. We must presume that people mean what they say. But before speaking, we would all do well to consider what we believe. It would behoove each of us to take a long, hard look in the mirror and ask ourselves how we see those whose bodies and minds do not function in a way we are inclined to consider as “normal.” It may be that we need to challenge our own beliefs, however deeply imbedded in our psyches and backgrounds. It may help a bit to remember that if another is “defective,” so are we. 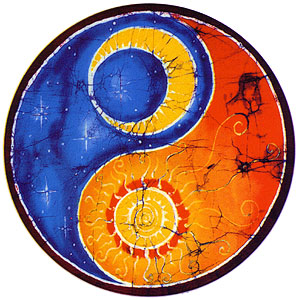