Constitutions and their interpreters / Shoftim

On occasion, the Constitution of the United States is displayed in the rotunda of the National Archives in Washington, DC. On these occasions, the line to catch a glimpse of it stretches down (appropriately enough) Constitution Avenue and curls around the block. The Constitution shapes the structure, function, and operation of our government, yet few can recite it. To fully understand and apply it, we have legions of constitutional scholars and a Supreme Court. We need interpretation and commentary to explain and apply it.

Torah is certainly our foundational sacred text, the core of Judaism. At so many junctures Torah is remarkably progressive and enlightened, but even at some of these junctures, we experience a sour aftertaste. In this week’s parashah, Shoftim, we find several examples of this sweet-and-sour cuisine. I’ll share with you three examples in this drash.

…govern the people with due justice. You shall not judge unfairly; you shall show no partiality; you shall not take bribes, for bribes blind the eyes of the discerning and upset the plea of the just. Justice, justice shall you pursue, that you may thrive and occupy the land that the Lord your God is giving you. (Deuteronomy 16:18-20)

The prohibition against judges taking bribes is indeed admirable, but when you live in a small community, everyone has done favors for everyone else. What is the meaning of bribe? Does it apply only to money? Here the sour aftertaste is what appears to be Torah’s narrow understanding of what may lead to corrupt judges.

My second example concerns the use of witnesses. Numbers 35:30 and Deuteronomy 17:6 have already stipulated the need for two witnesses in order to convict someone of a din nefesh (an offense punishable by execution). In parshat Shoftim, Deuteronomy 19:15 seems to expand that standard to encompass non-capital cases, as well: A single witness may not validate against a person any guilt or blame for any offense that may be committed; a case can be valid only on the testimony of two witnesses or more. What are we do to with all that we have learned from neuroscientists about human observation and memory? We now know that people often provide the worst evidence in crimal cases. Here, the sour aftertaste concerns a standard that appears trapped in the ancient, pre-scientific world.

My third example concerns the rules of warfare:

When you approach a town to attack it, you shall offer it terms of peace. If it responds peaceably and lets you in, all the people present there shall serve you at forced labor. If it does not surrender to you… when the Lord your God delivers it into your hand, you shall put all the males to the sword. You may, however, take as your booty the women, the children, the livestock, and everything in the town… (Deuteronomy 20:10-14)

Little explanation is required here. Is this a prescription for future -- and current -- military encounters? The “sour aftertaste” is more a toxic mouthful. Enslaving or exterminating a conquered people is simply barbaric and immoral.

All three examples -- judicial bribes, witnesses, and rules of warfare -- highlight an important point: Torah, as our constitution, is the starting point for our values and beliefs. It is our jumping off point for conversations about crucial issues of justice, crime, and warfare (as well as dozens of other topics) but the conversation is fleshed out and shaped by Talmud and continues beyond with extensive and on-going discussion, interpretation, and commentary.

Concerning the acceptance of bribes, our Sages perceive the “sour aftertaste.” In Talmud b.Ketubot 105b we find:

Rava said: “What is the reason for [the prohibition against a judge accepting] a gift? Once he receives a gift from someone, his opinion draws closer to his, and he becomes like him, and a man cannot see guilt in himself.

Talmud examines the issue in the bright light of Torah’s morality. Thanks to Rava, we understand Torah’s underlying concern: justice depends upon judicial impartiality, and gifts sway a judge’s judgment. Rav Papa takes us even further. In the pursuit of justice, we cannot stop with forbidding judicial bribery. Close relationships, intimate knowledge of someone -- either because you love or hate that person -- render a judge incapable of delivering blind justice. 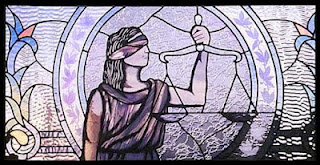 Concerning the use of witnesses in a din nefesh to convict someone of a crime punishable by execution, Talmud teaches us by its own example to take into serious consideration what is known through secular sciences. The Sages frequently cite what they have learned outside the bet midrash (House of Study) and integrate it into their arguments. Their standard is our standard: use the best information available in rendering legal decisions.

The comments in the mishnah, and the discussion in the Gemara that follows, center around the various conditions Torah stipulates (see Deuteronomy 20:5-8) that exempt one from fighting. What gradually becomes clear is that “commanded wars,” such as our passage in Deuteronomy describes, are limited to the conquest of the Land in the time of Joshua, and are therefore a one-time event of the past. Hence the requirement to enslave or slaughter can no longer pertain. It is now forever impermissible. 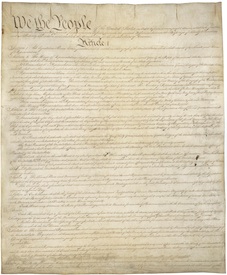 A constitution without commentary cannot function in a living society. The legal scholars in this country continue to study, debate, and explicate the Constitution; the Supreme Court is a living organ of interpretation. So, too, the Jewish constitution: Talmud begins the process of asking questions, debating difficult issues, and formulating responses to the issues raised by Torah. The process continues to this day.