Young children famously trill the mantra “Why?” to the exasperation of the adults around them. Many child-rearing books provide clever advice for deflecting the question. But it’s a reasonable question, and answering it directly -- as best one can -- nurtures a child’s inquisitive mind and desire to learn. 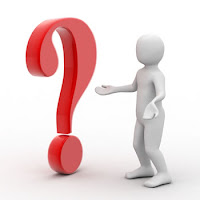 Parshat Ki Teitzei imparts a mitzvah (commandment) that leaves us scratching our heads and asking, “Why?” Rabbi Milton Steinberg, in his magnificent book, As a Driven Leaf, made this commandment famous:

If, along the road, you chance upon a bird’s nest, in any tree or on the ground, with fledgling or eggs and the mother sitting over the fledglings or on the eggs, do not take the mother together with her young. Let the mother go, and take only the young, in order that you may fare well and have a long life. (Deuteronomy 22:6-7)

This mitzvah is known as shiluach ha-ken (dismissal of the nest). Torah instructs us to send the mother away before taking eggs or fledglings from a nest, and makes the most unusual promise of long life as the reward. Why?

The Mishnah tells us:
If [in prayer] one says: “May Your mercies extend to a bird’s nest,” “May Your Name be mentioned for well-being,” or “We give thanks, we give thanks,” he is silenced.

What’s wrong with saying these prayers? Gemara explains why “May Your Name be mentioned for well-being” and “We give thanks, we give thanks” are problematic, and then takes up “Your mercies extend to a bird’s nest.”

But what is the reason for silencing him if he says, “May Your mercies extend to a bird’s nest”? Two Amoraim [sages in Babylonia] in the West, R. Jose b. Avin and R. Jose b. Zevida, give different answers. One [R. Yose b. Zevida] says it is because [saying this prayer] creates jealousy among God’s creatures. The other [R. Jose b. Avin explains that the reason is] because he presents the actions of the Holy One Blessed be God as arising from compassion, where in fact they are decrees. (Berakhot 3b)

R. Jose b. Zevida is concerned that jealousy not erupt in God’s creation since Torah specifically states a commandment about birds and their nests, but not about every animal. But he is overruled. Shiluach ha-ken is a decree (gezeirah): it a commandment we cannot understand rationally; we are to simply obey it, and by doing so prove our loyalty to God.

Many find this explanation deeply unsatisfying. They want a reason. They want to know why. I concur.

Other sages in the Talmud offer an alternative interpretation. They understand from these verses that we are obligated in the mitzvah of tza’ar ba’alei chaim, to avoid causing unnecessary pain and suffering to animals (Baba Metzia 32). This is to say: animals have a right to decent treatment, and Torah speaks to this right. Rambam (Moses Maimonides, Spain, 1135 – Egypt, 1204) affirms this interpretation. He tells us that the purpose of shiluach ha-ken is to spare the mother the pain of seeing her offspring or eggs taken from her.

Targum Yerushalmi (erroneously attributed to Yonatan b. Uzziel) claims that to earn God’s mercy, we must act mercifully toward other creatures that dwell on earth. He thereby suggests that the mitzvah of shiluach ha-ken is intended to instill in us the habit of the middat-rachamim (the attribute of mercy). Ramban (Moses b. Nachman - Nachmanides - Spain, 1194 - 1270) concurs; if we learn to treat animals with compassion, how much more compassion will we show other human beings? 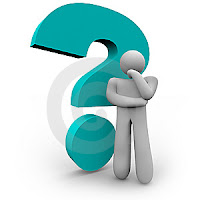 Rabbi Don Isaac Abravanel (Portugal 1437 - Venice 1508), in his commentary to Deuteronomy 22:6 suggests a third, and very different purpose behind shiluach ha-ken (dismissal of the nest). He writes:

The Torah’s intention is to prevent the possibility of untimely destruction and rather, to encourage Creation to persist as fully as possible… [the end of the verse] in order that you may fare well and live long, means that this mitzvah (of sending away the mother bird) has no intended purpose for the sake of the animals, but rather that it shall be good for humankind, because when the birds will be perpetuated, we will be able to eat from them many additional times… and that is how you will live longer…”

In other words, destroying two generations of a species risks lowering the population to below the level required to serve as food to sustain a human population. While Abravanel is the first to express concern for the population of the species affected, and we might have wished that his concern was for more than a source of food for humans, we nonetheless see his awareness of the essential interplay between humans and our environment, and the importance of sustainability.

If we accept the Rabbis’ first response to “Why?” we are left only with an opportunity to be obedient without any sense that our action itself is meaningful or good. But if we refuse to accept the Torah “on faith,” closing down our minds, we find fascinating discussions are launched by these verses:
1.     The principle of tza’ar ba’alei chayim, the importance of protecting animals from pain and suffering.
2.     The lesson that compassion is a learned attitude and behavior.
3.     Protection and sustainability of species.
Taken together, the common thread is the importance of compassion for all those affected by human behavior: compassion for the mother bird, compassion that can be learned and exhibited in human relationships, compassion for the larger picture of the environment. How much richer and more meaningful this mitzvah is now! 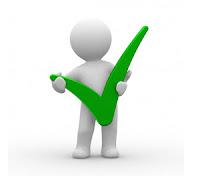 We tend to think that searching for rational explanations, and demanding reasons for requirements made of us, is a modern trait of rational thinkers. Not so. Just look at the dates of the commentators I cited who did just that: the dates range from the third century to the 15th century.

R. Yose b. Avin’s response suggests that God is the parent who says, “Do it because I told you so.” Not a great parenting technique. Best to follow those who stretch their minds, open their hearts, and exercise their morality. They teach us how to live better lives.