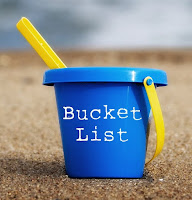 When did people start talking about “Bucket Lists”? The term was popularized by the 2007 movie “The Bucket List” starring Jack Nicholson and Morgan Freeman as terminally ill patients who flee the hospital to pursue their to-dos before they die. The origin of the term “bucket list” seems to be a book self-published by Patrick M. Carlisle in 2004 entitled Unfair & Unbalanced: The Lunatic Magniloquence of Henry E. Panky. Here’s the source sentence: “So, anyway, a Great Man, in his querulous twilight years, who doesn’t want to go gently into that blacky black night. He wants to cut loose, dance on the razor’s edge, pry the lid off his bucket list!” A cursory check reveals dozens of websites offering 25, 100, 800, even 1000 things to do before you die and numerous books and journals encouraging us to focus on the accumulation of experiences while we have the chance. This raises an age-old question: Which is more important, what we do in our lives (and, as a corollary, how much we do), or how we do it? In a sense, it is a quantity-versus-quality question. Added to that: does the answer to that question change as we age?

Parshat Re’eh opens with the famous challenge laid at the feet of the Israelites to “do it all”:

Torah wants us to “do it all,” but the Torah’s bucket list is mitzvot. As the sedra continues, Moses instructs the Israelites that when they enter the Land of Israel, and are safely settled,

Then you must bring everything that I command you to the site where the Lord your God will choose to establish [God’s] name: your burnt offerings and other sacrifices, your tithes and contributions, and all the choice votive offerings that you vow to the Lord. (Deuteronomy 12:11)

Midrash Sifrei tells us that מִבְחַר נִדְרֵיכֶם “choice votive offerings” intends not only offerings that people bring of their own accord—free will offerings—but that they should be the choicest, the best offerings that they can bring. When we ponder the quality of offerings, we might want to consider the story of the first offerings: those of the first siblings, Cain and Abel. Torah tell us that Cain was a farmer and Abel was a shepherd. Of their own volition, they each brought offerings to God:

In the course of time, Cain brought an offering to the Lord from the fruit of the soil; and Abel, for his part, brought the choicest of the firstlings of his flock. The Lord paid heed to Abel and his offering, but to Cain and his offering [God] paid no heed… (Genesis 4:3-5)

Why does God graciously accept Abel’s gift, but ignore Cain’s offering? Bereishit Rabbah 22:5 famously interprets: Abel brought the best of his flock: the firstborn sheep. Cain brought the worst of his crop to unload on God. The result was disastrous for all concerned: Cain killed Abel and lived forever in exile. The Sages are telling us that quality matters. In fact, it matters very much. Notice that Cain and Abel brought different sacrifices—one brought produce and the other firstlings of the flock—yet the Sages sees fit to compare them. We are not told the quantity of their gifts to God—how would we compare a certain quantity of produce to a certain number of firstlings anyway?—yet they are compared. Here’s the key: The Sages understand that God is not comparing the sacrifices themselves to one another; God is comparing the efforts of Cain and Abel, each to his potential. Cain brought something; Abel brought the best he had to offer. What God wants from us is not quantity, but the quality of our effort because it reflects our devotion and caring. God wants us to do our best and give our best.

Rabbi Eliyahu Dessler (1892 – 1953)  was a Talmud scholar and spiritual advisor in the Ponevezh Yeshivah in Israel. In Mikhtav Me-Eliyahu, a collection of his correspondence and ethical writings published posthumously by two of his disciples, he provides another example which is perhaps far more helpful. It concerns Enoch[1], the father of Methuselah.

The Torah writes of Enoch, who was the seventh generation after Adam, And Enoch walked with God (Genesis 5:22), concerning which the Rabbis say: “Enoch was a cobbler, and with every single stitch that he made he achieved mystical unions with his Creator.”[2] I have heard a beautiful explanation of this in the name of Rabbi Yisrael Salanter[3] of blessed memory, an interpretation which is indeed typical of his whole approach. He said that this midrash cannot possibly mean that while [Enoch] was sitting and stitching shoes for his customers his mind was engaged on mystical pursuits. This would be forbidden by the din [Jewish law]. How could he divert his attention to other matters while engaged in work that he had been hired to do by others? No, says Rabbi Yisrael [Salanter]; the “mystical unions” which Enoch achieved were neither more nor less than the concentration that he lavished on each and every stitch to ensure that it would be good and strong and that the pair of shoes he was making would be a good pair, giving the maximum pleasure and benefit to whomever would wear them. In this way Enoch achieved union with the attribute of his Creator, who lavishes his goodness and beneficence on others. This was his “mystical union”: he was united and wholehearted in his desire, his single-minded ambition, to attach himself to his Creator’s attributes. Of course, as a natural consequence [Enoch] was protected from any hint of evil or wrongdoing. There could be no question of his ever deceiving or over-reaching his customers, even unwittingly. His “taking” would never exceed the value of the work he was doing, the measure of his “giving.”

Rabbi Dessler, following the tradition of the Rabbis, emphasizes the quality of human effort and devotion over the quantity of what we produce: each stitch Enoch sewed was the finest he could sew. 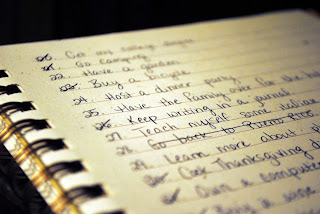 It would seem that tradition weighs in heavily on the quality over quantity of our experiences. Does that mean that making a bucket list is a bad idea? Certainly some lists are merely an array of exotic and exciting travels and experiences, including items such as: skydiving, hike to Machu Pichu, climb Everest, travel around the world, snorkel at Ras Mohammed. But it is possible to balance “quantity” with “quality,” the “what” with the “how.” One of the many websites devoted to helping us formulate our own personal bucket list tells us: “If you don’t live your days by personal goals and plans, chances are you spend most of your time caught up in a flurry of day-to-day activities. Ever feel your days are passing you by without any tangible output to speak of? What did you accomplish in the past 3 months? What are your upcoming goals for the next 3 months? Look at the things you did and the things you’re planning to do next – Do they mean anything to you if you are to die today? Having a bucket list reminds you of what’s really important so you can act on them.”[4] And therein lies the key: what’s really important.
Celestine Chua, the woman who shares this bucket list on her personal development blog, “Personal Excellence,” lists some of the more typical entrees you’ll find on other lists:
•    Travel around the world
•    Learn a new language
•    Run a marathon, or participate in a triathlon
•    Do an extreme sport
•    Climb a mountain
Those goals might sound rather exotic or perhaps self-serving to you. But keep reading. Celestine also lists:
•    Witness a sunrise, or sunset, or solar eclipse
•    Go for a walk in the rain
•    Fly a kite
These are more modest and, for many of us, more achievable.
But Celestine also includes these:
•    Befriend a stranger
•    Connect with past teachers [or friends]
•    Let someone know how much s/he means to you
•    Perform a kind deed without expecting anything in return
•    Be a mentor to someone
•    Read a book on a subject you never thought to read about

What we put on our bucket list says a lot about what kind of people we are. Prioritizing according to our moral values is the key to developing a list that balances “quantity” with “quality” so that our lives are not focused on how much we have but how good we are. What’s on your bucket list? 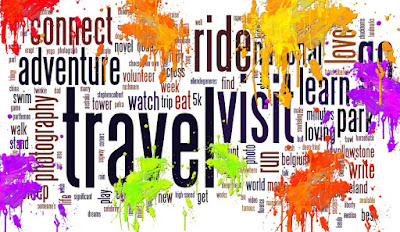 [1] Enoch is mentioned in an extended genealogy in Genesis that traces the generations from Adam to Noah, about whom Torah cryptically says: Enoch walked with God; then he was no more, for God took him (Genesis 5:24). On the basis of this verse, it was surmised that Enoch never died. Rather, God took him to heaven at the end of his life on earth. Accordingly, there are numerous pseudepigraphical and apocryphal books about Enoch.
[2] Rabbi Eliyahu ha-Kohen of Izmir, Midrash Talpiot.
[3] Rabbi Yisrael b. Ze'ev Wolf Lipkin (1810 – 1883) was the founder of the Musar (Jewish ethics) movement.
[4] http://personalexcellence.co/blog/bucket-list/.
Posted by Rabbi Amy Scheinerman at 5:33 PM