This past week there were two acts of terrorism in Israel, both resulting in deaths. Especially horrifying is the fact that both acts, and the deaths that resulted, were committed by Jews. Sixteen-year-old Shira Banki died today of stab wounds inflicted by Yishai Shlissel, a haredi man who stabbed Shira and five other people last Thursday at the Gay Pride Parade in Jerusalem.[1] On Friday, eighteen-month-old Ali Saad Dawabsheh burned to death and three members of his family were seriously injured when their home in the West Bank village of Douma was set fire by two Orthodox extremists from the settler movement. 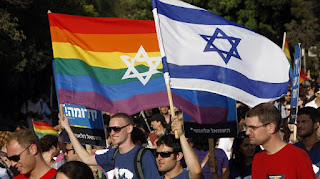 We could easily explain both incidents as cases of deranged individuals committing ghastly and unspeakable crimes, but that would be to ignore the underlying commonality and source of the ferocious hatred, intolerance, and sense of righteous entitlement that fueled both incidents, and many other acts of violence we have witnessed: the claim that Torah—as the claimants understand it and interpret it—is God’s direct word and God’s  divine will. The claim to have unfettered and exclusive access to God’s word and God’s will is a predominant feature of Western religions: Judaism, Christianity, and Islam. It has justified an immeasurable amount of violent and immoral human behavior, from the Crusades and Inquisition to ISIS. It is time for a wholesale rejection of this arrogant and dangerous claim whenever and wherever it raises its hideous head.

We find the claim made passionately in parshat V’etchanan in words that precede the Decalogue:

Moses summoned all the Israelites and said to them: Hear O Israel, the laws and rules that I proclaim to you this day! Study them and observe them faithfully! Adonai our God made a covenant with us at Horeb [Mount Sinai]. It was not with our ancestors that Adonai made this covenant but with us, the living every one of us who is here today. Face to face the Lord spoke to you on the mountain out of the fire—I stood between Adonai and you at that time to convey Adonai’s words to you, for you were afraid of the fire and did not go up the mountain—saying…  (Deuteronomy 5:1-5)

The religious myth of Sinai is a beautiful and meaningful one, but calcifying it through the most literal reading possible strips out its spiritual beauty and replaces it with dangerous fundamentalism. The specific scriptural claims that fueled the two acts of violent terrorism this past week are: (1) God forbids male homosexual intercourse (later expanded to include all sexual contact between two males, and to encompass lesbianism, as well, which Torah never mentions); and (2) God gave the Land of Israel exclusively to the Jewish people. These are religious claims grounded in a particular reading of Torah and reinforced by centuries of interpretation and commentary.

In the case of the claim concerning homosexuality, no amount of scientific evidence makes any difference to ultra-orthodox religious extremists, and from what I can see doesn’t touch most modern Orthodox authorities either. They have all immunized themselves against science, reason, and even morality by living in an insulated homophobic halakhic world of their own devising. When challenged, they resort to the claim that “halakhah is clear on this issue” and “God’s morality” differs from human morality and must simply be accepted and obeyed, yet they lack the intellectual or moral integrity to admit that they, in their interpretations, create and define halakhah, and through it, sanctify and perpetuate their own bigotries. For a modern Orthodox treatment of homosexuality (which we would hope would be far more enlightened than what we find in the haredi world) you might want to read the “Statement of Principles on the Place of Jews with a Homosexual Orientation in Our Community.”[2] While it condemns outright humiliation of homosexuals, it is abundantly clear: “Halakhic Judaism views all male and female same-sex sexual interactions as prohibited. The question of whether sexual orientation is primarily genetic, or rather environmentally generated, is irrelevant to this prohibition.” This is hardly enlightened.

In the case of the claim to hold a divinely-issued deed to Eretz Yisrael, the Orthodox establishment that breeds extremist settlers conveniently ignores that even Scripture itself has no definitive measure of the land and contains conflicting accounts of what constitutes Israel’s patrimony from God.[3] Extremists in the settler movement—including those whose act of “price tag” revenge killed a small child last Friday—reject all modern sensibilities concerning other people’s historical claims and needs. Marching to a self-absorbed and self-righteous drummer, they demand that the world understand Jewish pain, but ignore the pain of others. Their use of scripture to justify violence and cruelty is disgusting; their claim that in doing so they perform God’s will is vile.

Orthodox authorities of all Western religious traditions will never divest of the power that comes with the hubristic claim to speak for God. They have it neatly tied up: They don’t have to justify their decisions either intellectually or morally because it’s “God’s law”—not their own. Remember the bumper sticker: “God said it. I believe it. That settles it.” 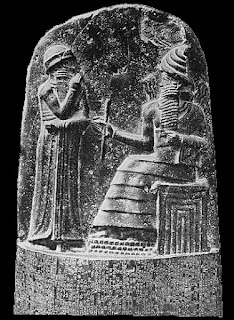 Many people take it for granted that people will claim that their religious law is divine in origin. But that is not always the case. Torah differed from the other law codes of  the ancient Near East, which acknowledged that their laws were written by people. Outside ancient Israel, law was the province of the king in fulfillment of his obligation to the deity that legitimated his sovereignty. Hammurabi, who ruled Babylonia 3,800 years ago, promulgated a famous law code. The gods required that he produce a code of law in order to rule over the people of Babylonia; doing so proved Hammurabi was worthy to rule. (Shamash, the sun god, is shown in relief at the top of the stele, transferring authority for Babylonia to Hammurabi.) Hammurabi’s Code — all 282 laws[4] — begins: “Anu and Bel called by name me, Hammurabi, the exalted prince, who feared Marduk, the patron god of Babylon to bring about the rule in the land.” It’s not clear that all 282 laws were enforced. Some scholars believe that the laws were guidelines for judges to employ in deciding cases.[5] But what surprises many people is that not only is there no claim to divine authorship, quite to the contrary: Hammurabi composed it; these are his laws. Hence they are open to reconsideration and revision.

In contrast, Torah understands God to be the author of all the laws it contains. This is a unique feature of ancient Israelite religion and continues to be a staple of Orthodox Judaism, as well as Christianity and Islam. As a result, violation of any of the laws of the Torah is tantamount to disobeying God. Citizenship and religious obligation are inseparable. What is more, all laws deriving from those in the Torah—which are patently extensions, interpretations, and outright creations of human beings—are justified as God’s word and will. This is the thrust of the first mishnah of Pirkei Avot, which elegantly ascribes divine authority to the work of the Rabbis:

The chain of authority, Mishnah claims, is unbroken, from the encounter between God and Moses on the peak of Sinai to the deliberations of the rabbis in their academies. The notion of a chain of tradition, unbroken links that connect us to our ancestors, is a wonderfully romantic image, and I can appreciate it on many levels. I also fear it because it has been used to justify egregious abuse of human beings and ongoing immorality.

It is time to reframe the “sacredness” of scripture and avoid ambiguous language such as “divinely inspired.”  Our covenant with God is a call to seek out holy values and live a holy life—our values and lives should be built around the twin poles of justice and compassion. Torah is the transcript of our ancient ancestors’ attempt to do that. Talmud is our Sages’ on-going effort to continue the search process, and comes complete with transcripts of some of their discussions and arguments, evidence that they had the moral backbone to correct Torah at times[6], and further evidence that they could admit to not knowing. The call to holiness is not a one-time-and-forever event. Revelation is on-going. Our understanding of what God requires of us changes and evolves as we grow and learn.

© Rabbi Amy Scheinerman
[1] And to compound the horror, Shlissel was released from jail three weeks after serving a ten-year sentence for stabbing three people at the 2005 Gay Pride Parade in Jerusalem.
[2] http://statementofprinciplesnya.blogspot.com/.
[3] The borders of the Land of Israel are often discussed in cliches: “From the Nile to the Euphrates” or “From Dan to Be’er Sheba.” These are enormously different! The first encompasses most of the Middle East, from Egypt to Babylonia, inclusive. The second encompasses an area approximately the size of Rhode Island.  Numbers chapter 34 (Parshat Mas’ei) specifies detailed borders, but the precise location of the places mentioned is not known. Mishnah Gittin 1:2 tells us: “From Rekem and eastward, including Rekem [is not Israel]; from Ashkelon and southward, including Ashkelon; from Acco and northward; R. Yehudah considers Acco itself outside; R. Meir disagrees.” This is a much smaller area than Numbers 34 suggests.
[4] Hammurabi’s Code is fascinating for many reasons, not least because it contains the lex talionis and the presumption of innocence. Lex Talionis is the law of retribution, often called the eye-for-an-eye law.
[5] Many scholars believe that the same is true of the multiple law codes found in Torah.
[6] Two examples will suffice: The Sages dismantled the law of the ben sorer u’moreh (rebellious son, whom Torah instructs us to bring to the gates of the city and stone to death), and capital punishment (the Sages understood how easily an innocent person could be convicted and executed).
Posted by Rabbi Amy Scheinerman at 11:43 AM