“Political language… is designed to make lies sound truthful and murder respectable,
and to give an appearance of solidity to pure wind.”
— George Orwell 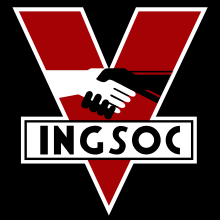 1984, the dystopian novel about a totalitarian regime, is experiencing a resurgence in popularity today.[i] George Orwell’s seminal work introduced us to a post-truth society of “Newspeak,”  the official language of the fictional “Oceania.” Newspeak, by design, restricts grammar and vocabulary (think: tweets), thereby limiting people’s capacity to express intellectual ideas, and particularly opposition to the regime. Newspeak makes it possible for leaders to assert its slogan: “War is peace. Freedom is slavery. Ignorance is strength.” Orwell well understood the danger of totalitarianism in a modern, media-saturated world: “The very concept of objective truth is fading out of the world. Lies will pass into history.”

When Stephen Colbert first introduced “truthiness” it seemed funny (video here). As time goes on and we live it more and more, it seems decreasingly funny.

Does truthfulness matter? Do facts matter?

In parshat B’Shallach, the Israelites have escaped Egypt—almost.

Pharaoh and his courtiers had a change of heart about the people and said “What is this we have done, releasing Israel from our service?” [Pharaoh] ordered his chariot and took his men with him; he took six hundred of his picked chariots, and the rest of the chariots of Egypt, with officers in all of them. (Exodus 14:5–7)

The Egyptians pursued the Israelites to the shore of the Reed Sea. Before them are the roiling waters; behind them the chariots approach at breakneck speed.

In an extraordinary display of redemptive might, the waters of the Reed Sea parted.

Moses held out his arm over the sea and Adonai drove back the sea with a strong east wind all that night and turned the sea into dry ground. The waters were split, and the Israelites went into the sea on dry ground, the waters forming a wall for them on their right and on their left. (Exodus 14:21–22)

Again in Exodus 14:29, the Torah tells us, The Israelites had marched through the sea on dry ground…

Certainly, from the standpoint of the 21st century, we could say: This is an ancient story of the origins of the Jewish nations told in hyperbolic and mythical language. There is no evidence it happened as described, and every reason to believe that whatever historical kernel (if any) is exaggerated and embellished to add layers of religious meaning. As Rabbi David Wolpe famously said in a sermon in 2001[ii]: There is no reliable archaeological evidence that the Exodus took place in the way the Torah describes—and it doesn’t matter. That said, we can enter the world of the story, itself, and the Rabbis’ midrashic commentary on it, which comprise a religious important conversation on crucial matters of life, ethics, politics, purpose, and meaning.

When we accept the story on its own terms—without getting stuck in the rut of “Did it happen that way?”—we are open to understanding a subtle point made in a stunning midrashic comment. The Rabbis  imagine the conversation of two people who are among the 600,000 (men) crossing the Reed Sea. “Reuven” and “Shimon” are not characters known to us; this is the Rabbis’ way of saying, “Tom, Dick, and Harry.”

When [Israel] descended into the Sea, they found that it was full of clay, because it was still wet from the water and so it formed a kind of clay… Reuben said to Shimon, “In Egypt we had clay, and now in the sea again clay. In Egypt we had mortar and bricks, and now in the sea again mortar and bricks,” hence But they were rebellious at the sea, even at the Reed Sea (Psalm 106:7). (Exodus Rabbah 24:1)

Clay in the seabed? Mortar and bricks in the seabed? Reuven and Shimon’s claims fly in the face of what Torah has told us twice: the seabed was dry. While still standing in the dry seabed, Reuven and Shimon were already constructing “alternative facts” that lessened God’s miracle and cast a negative light on the redemption they were experiencing at that very moment.

Reuven and Shimon were engaged in an ancient twitter war of lies to steer the Israelites away from believing the reality of God’s redemption that they had seen and experienced, and toward an “alternative reality” in which slavery in Egypt was preferable to freedom in the wilderness. Within three days, the Israelites grumble to Moses about water, having forgotten what God did for them only three days earlier. Within two months, the twitter masters among them convinced the people that life was far better in Egypt.

In the wilderness, the whole Israelite community grumbled against Moses and Aaron. The Israelites said them, “If only we had died by the hand of Adonai in the land of Egypt, when we sat by the fleshpots, when we ate our fill of bread! For you have brought us out into this wilderness to starve this whole congregation to death. (Exodus 16:2–3)

God rains down quail in the evening and manna in the morning, but the grumblings continued. The Book of Numbers elaborates and in its telling we see just how far the gap between reality and distortions is.

The riffraff in their midst felt a gluttonous craving; and then the Israelites wept and said, “If only we had meat to eat! We remember the fish that we used to eat free in Egypt, the cucumbers, and melons, the leeks, the onions, and the garlic. Now our gullets are shriveled. There is nothing at all! Nothing but this manna to look to!” Now the manna was like coriander seed, and in color it was like bdellium. The people would go about and gather it, grind it between millstones or pound it in a mortar, boil it in a pot, and make it into cakes. It tasted like rich cream. (Numbers 11:4–8)

Torah presents this as a lack of trust in God. At the core, however, are the nefarious lies that were told by Reuven and Shimon and their ilk, which stuck in people’s minds and colored their thinking. It distracted them from reality and from their mission, it undermined their trust in God, and it planted seeds of distrust in their relationship with Moses and Aaron. Today, we are told we live in a post-truth, “alternative fact,” world. Maria Konnikova[iii] warns,

Our brains are particularly ill-equipped to deal with lies when they come not singly but in a constant stream… When we are overwhelmed with false, or potentially false, statements, our brains pretty quickly become so overworked that we stop trying to sift through everything. It’s called cognitive load[iv]—our limited cognitive resources are overburdened. It doesn’t matter how implausible the statements are; throw out enough of them, and people will inevitably absorb some. Eventually, without quite realizing it, our brains just give up trying to figure out what is true.[v]

The sheer volume and repetition of lies propagated by Reuven, Shimon, and their growing number of followers overwhelmed the minds of the Israelites, convincing them of that life in Egypt had been better, that “freedom is slavery” and “ignorance is strength.”

Reading 1984 in high school, Orwell’s warnings not feel prescient. I lived in a country with a robust media and an intellectual ethos promoting investigation and truth-telling.

And now? We live in a country in which the occupant of the White House and his close advisors and surrogates lie continually. One could glibly assert that all politicians lie, but the frequency and magnitude of the administration’s lies is unprecedented — and exceedingly dangerous.

Politico fact-checked Mr. Trump’s campaign statements and found that 70% were false.[vi] Since the election, we’ve been subjected to a litany of egregious lies. Below are just the highlights.
•    1/18/2017: Trump tweeted about writing his inaugural address (Stephen Miller and Steve Bannon wrote much of it[vii])
•    1/21/17: The size of the inaugural crowd[viii] (photos document the extent of this lie).
•    1/23/2017: The Orwellian phrase “alternative facts” made its debut, justifying lies.[ix]
•    1/23/17 and many times subsequently: Voter fraud during the election (utterly unfounded).[x]
•    1/25/17: Two people being shot and killed in Chicago during President Obama’s farewell speech (Chicago police confirmed no one was shot on Jan. 10).[xi]
•    1/26/17: Mexican president Enrique Pena Nieto agreed to cancel their meeting (Nieto cancelled).[xii]
•    1/26/17: Murder rate in Philadelphia is on the rise (it’s actually on the decline).[xiii] 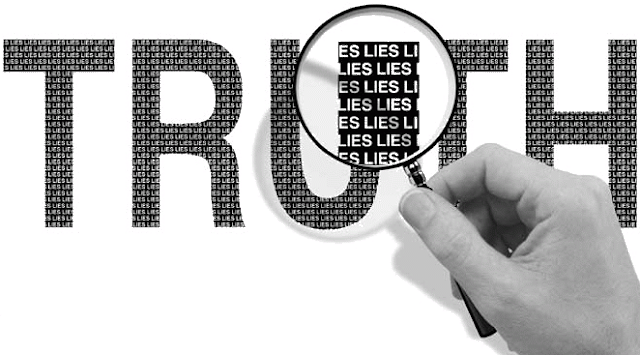 Does President Trump believe everything he says? Do his surrogates? Are the falsehoods, misrepresentations, and downright lies a reflection of the president and his staff’s disregard for truth? Are they part of a larger and insidious strategy to distract us?

And on the other side of the equation—because for lies to become imbedded and effective, we have to believe them—do they reflect our waning interest in truth and facts, in favor of Americans’ solipsistic indulgence in feelings of anger, hatred, and resentment?

The midrash (Exodus 24:1, cited above) terms Reuven and Shimon’s conversation a “rebellion.” And indeed, ultimately there was a rebellion against Moses and Aaron in the wilderness. It was led by Korach and his minions. The seeds were planted not by principle disagreements and cogent arguments, but by lies that were told and retold and absorbed by many people experiencing cognitive overload. R. Elazar warns that lies can be tantamount to idolatry. He cites Jacob’s collaboration in his mother’s plan to deceive Isaac (Genesis 27:11). (BT Sanhedrin 92a) The deceit of Jacob, like the deceit in which the current administration is daily engaged, is deeply wrong and dangerous to us all, leading to a resurgence of bigotry and discrimination, a frightening disregard for science and reason, and potential assaults on public education and civil rights.

The erosion of the principles of truth and transparence may be the most dangerous outcome of all because it has the potential to facilitate, over time, the unraveling of our democracy.

Rebellion can also be righteous. Orwell said: “In a time of deceit, telling the truth is a revolutionary act.” He further asserted: “If liberty means anything at all, it means the right to tell people what they do not want to hear.” R. Shimon b. Chalafta (also in the midrash cited above) considering the damage done by a mere Reuven and Shimon, said, “If a strong person is below and a very weak one on the top, [the strong one] will prevail; how much more so if the strong one is on top and the weak below?” His teaching would strongly resonate with Orwell. It should ring warning bells for us.

Penguin is printing more copies of 1984[xiv] to accommodate the recent surge in demand. It’s time to reread this classic.