This week’s Torah portion, Yitro, describes two views of Jewish law and governance that are implemented shortly after Israel leaves Egyptian bondage. The first is a creative and pragmatic plan designed by Jethro and implemented by Moses. The second is theocracy shaped by the covenant God forges with Israel at Mount Sinai. Let’s examine each more closely.

The first form of governance is described in Exodus chapter 18. Jethro, the father-in-law of Moses, having heard of the wondrous Exodus, comes out to meet his daughter, her family, and the entire nation of Israel in the wilderness. Jethro observes Moses sitting under the hot desert sun fulfilling his exhausting and endless obligation as magistrate—the people stood about Moses from morning until evening (Exodus 18:13). Jethro is horrified. “The thing you are doing is not right; you will surely wear yourself out, and these people as well. For the task is too heavy for you; you cannot do it alone.” (Exodus 18:17) Jethro wisely and firmly directs Moses to organize a governance structure in which the responsibility for adjudication is shared among leaders: You 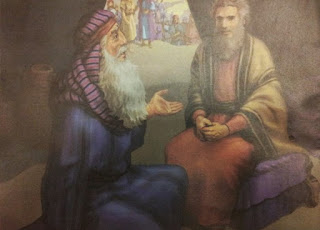 shall also seek out from among all the people capable men who fear God, trustworthy men who spurn ill-gotten gain. Set these over them as chiefs of thousands, hundreds, fifties, and tens, and let them judge the people at all times. Have them bring every major dispute to you, but let them decide every minor dispute themselves Make it easier for yourself by letting them share the burden with you. (Exodus 18:21–22). Note that there is no law code as yet. Moses and the tiers of judges under him all make decisions according to their own sense of what is right and proper. The qualification for the job is character, not knowledge.

The second governance structure, a theocracy in which God is the ultimate authority, is revealed in Exodus chapters 19–20. While Israel is encamped around Mount Sinai, Moses ascends the mountain to meet God.

Adonai called to [Moses] from the mountain, saying, “Thus shall you say to the house of Jacob and declare to the children of Israel: ‘You have seen what I did to the Egyptians, how I bore you on eagles’ wings and brought you to Me. Now then, if you will obey Me faithfully and keep My covenant, you shall be My treasured possession among all the peoples Indeed, all the earth is Mine, but you shall be to Me a kingdom of priests and a holy nation.’ These are the words that you shall speak to the children of Israel.” (Exodus 19:3–6)

Amidst an extraordinary display of sound and light, God gives Moses the Torah on Mount Sinai. Moses brings it to the people, establishing God as their ultimate and eternal ruler and lawgiver—the Ruler of rulers. Immediately the Israelites are told the first ten laws: the Ten Commandments (also known as the Decalogue). The laws are God’s laws—God’s to make and God’s to change.[1]

Thus Torah suggests that there are two systems in play: In one, people make determinations based on their own instincts and judgments of what is fair and right. In the other, God promulgates all law and, should there be confusion or objection, God is consulted because only God can arbitrate or change the law.[2]

Is there a way to see both approaches as part of one system? 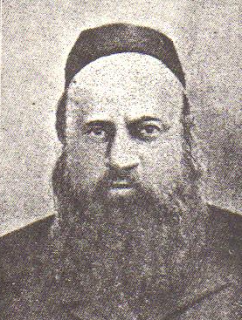 The Isbitza rebbe[3] (Poland, 19th century), in his commentary on Parshat Yitro, notes that the very first word of the very first commandment of the Decalogue is anochi (“I”)—I am Adonai your God (Exodus 20:2). Anochi אנכי here is spelled not as “I” is usually written in the Torah, which would be אני (ani). Rather, there is an extra letter כ-kaf.[4] He writes:

Had it been written “ani,” the meaning would have been that the Holy One, blessed be God, had revealed the divine light to Israel in all its completeness, and then they could not have reached deeply into God’s words, for God would have already revealed everything. However, the additional letter kaf in “anochi” teaches that it is not in a state of completeness, yet rather an imagined image of the light that the Holy One, blessed be God, would reveal in the future. The more a person apprehends in the depths of the Torah the more that person will then understand that until now they were in in darkness. The Isbitza rebbe, aware that the letter kaf as a prefix means “like,” tells us that God delivered the “I” of the first commandment with the extra letter kaf to signal us that Torah does not convey the totality of God’s holiness in its words: Torah is like divine light but does not encompass the totality of God’s divine light. We need to immerse ourselves in Torah—study it, consider a variety of interpretations, seek our own meanings—in order to find the light. The Isbitza continues:

This is hinted at in the night and the day. “Day” means that the blessed God opens the gates of wisdom for people, and “night” means that people should not imagine that they have apprehended all in completeness, for all they have attained is like night in comparison to the day that follows. So it goes on forever, and it follows that all is night in the face of the light that the Holy One, blessed be God, will open in the future.

The terms “day” and “night” themselves hint at this meaning: In the light of day, we think we know and understand, but when the dark of night arrives, we realize our knowledge and comprehension are incomplete. A new day arrives and we learn and understand more, but then night comes and again we realize there is so much more to learn and comprehend.

Torah itself—a book of words—is not complete until we delve into it searching for meaning and wisdom. The role of people in unlocking Torah’s wisdom is crucial. As the Isbitza conceives Torah and its wisdom, it is a bottomless pool into which we dive again and again in an attempt to learn more, comprehend more, grow more. The more we learn, the more we realize how much more there is to learn. And it doesn’t end with any person, or any generation; it continues day after day and generation after generation.

This is an amazing idea: Torah is not complete until you dive into it to find the meaning and wisdom it holds for you. But learning is not an act of passive absorption; learning is an active pursuit. When we learn, we bring ourselves—our thoughts and ideas, opinions and concerns, sensitivities and values—to the endeavor. Torah is a divine-human collaboration, a combination of the two systems described in Parshat Yitro.

In Pirkei Avot 5:25, Ben Hei Hei is remembered for saying, “According to the effort is the reward.”[5] Many have claimed he meant that the more mitzvot you perform, the greater your reward in olam ha-ba (the world-to-come)—a simplistic view of a reward-and-punishment universe run by the Cosmic Kindergarten teacher. Viewed through the lens of the Isbitza’s words, however, Ben Hei Hei’s adage takes on a far more sophisticated meaning: The deeper our dives into Torah as we struggle to extract the nectar of Torah, the greater the rewards of divine wisdom we reap for own lives and the more our lives will be a reward (a blessing) to others.

Those deep dives into Torah afford us a way to encounter the divine and to discover the divine spark within ourselves.

[1] There are four occasions when God changes or refines the law: (1) Exodus 24:12: The blasphemer is brought before Moses and held in custody “until the decision of Adonai should be made clear to them.” (2) Numbers 9:8: When those who have had contact with a corpse are not permitted to offer the pesach sacrifice at the proper time, they inquire why  and are told, “Stand by, and let me hear what instructions Adonai gives about you.” (3)  Numbers 15:32–36: A man caught gathering wood on shabbat is held in custody “for it had not been specified what should be done to him.” Numbers 27:1–11: Zelophechad’s daughters object to being passed over for an inheritance from their father; Moses appeals to God and God amends the law.
[2] In the course of time, some claimed that there is but one system: God alone promulgates Jewish law, and whatever a rabbinic authority deems to be Jewish law is therefore understood to be God’s will. Yet the entire reality of the rabbinic tradition (Talmud and halakhic midrash) testifies that this is far from true—Jewish law is the product of human beings engaging with Torah. Sometimes the outcome is excellent, but not always. Consider halakhah that consigns women to second-class status in the communal arena.
[3] Rabbi Mordechai Yosef Leiner of Isbitza (1765-1827) was a hasidic master, a student of Rabbi Simcha Bunim Bonhart of Peshischa. His commentaries on Torah are collected in a work entitled Mei Shiloach.
[4] As a prefix, the letter kaf means “like.”
[5] Some translate Ben Hei Hei’s teaching, “According to the suffering is the reward.”
Posted by Rabbi Amy Scheinerman at 4:22 PM