These two facts are intimately connected in the minds of the Rabbis.

First, a few words about tzara’at. The term tzara’at is often erroneously translated “leprosy.” Leprosy is known in the medical world as Hansen’s disease, a conditional of the peripheral nerves and mucosa of the upper respiratory tract. Tzara’at is a biblical term that covers a variety of diseases that cause sores and eruptions of the skin, and can also affect clothing and houses. Tzara’at conveys ritually impurity and therefore its diagnoses and “treatment” fall within the domain of the priests. The rituals surrounding a person afflicted with tzara’at are complex. Here’s a sample from the beginning of our parashah:

The Lord spoke to Moses, saying: This shall be the ritual for a leper at the time that he is to be cleansed. When it has been reported to the priest, the priest shall go outside the camp. If the priest sees that the leper has been healed of his scaly affection, the priest shall order two live clean birds, cedar wood, crimson stuff, and hyssop to be brought for him who is to be cleansed. The priest shall order one of the birds slaughtered over fresh water in an earthen vessel; and he shall take the live bird, along with the cedar wood, the crimson stuff, and the hyssop, and dip them together with the live bird in the blood of the bird that was slaughtered over the fresh water. He shall then sprinkle it seven times on him who is to be cleansed of the eruption and cleanse him; and he shall set the live bird free in the open country. The one to be cleansed shall wash his clothes, shave off all his hair, and bathe in water; then he shall be clean. After that he may enter the camp, but he must remain outside his tent seven days. On the seventh day he shall shave off all his hair – head, beard, and eyebrows. When he has shaved off all his hair, he shall wash his clothes and bathe his body in water; then he shall be clean. (Leviticus 14:1-9)

The Rabbis had difficulty making sense of tzara’at. Seeking to identify a cause, they explain that Miriam is stricken with tzara’at (Numbers, chapter 12) in consequence of speaking out about Moses. They explain that she is guilty of lashon hara (evil speech, gossip), which they derive by a slight of hand: metzora’at (“stricken with tzara’at) sounds like motzi shem ra (spreading malicious lies about someone).

Lashon hara (gossip), rekhilut (tale bearing), and motzi shem ra (spreading malicious lies about someone) – all forms of objectionable speech – cause emotional damage and compromise the integrity of many. The Rabbis railed against lashon hara, knowing at the same time (or precisely because they understand) that it is in human nature and difficult to curtain. 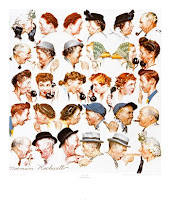 In the Babylonian Talmud, tractate Arakhin 15 we find this explanation:

Midrash Tanchuma, however, addresses the ethical underpinnings. While the claim that lashon hara makes one worthy of death is hyperbolic, the ethical principle cannot be overstated: we can do enormous harm with our words.

If a person involves himself in lashon hara, he makes himself worthy of death, because lashon hara is as serious as murder, for one who murders only takes one life, while the bearer of lashon hara kills three: the one who says it, the one who listens to it, and the one about whom it is said.

The last line bears considerable attention: the bearer of lashon hara kills three: the one who says it, the one who listens to it, and the one about whom it is said. When we speak gossip, tell stories about other people, or tell outright lies about them, three are damaged. Then one who says it compromises his dignity by stooping to a low level, marking him as untrustworthy. Certainly the one who is the subject of gossip and lies is harmed. We know we shouldn’t talk about others, and we know that when we do they are harmed. But how often have we considered that being a listener, an audience, makes lashon hara possible? The one who listens is guilty because without an audience, the speaker would not commit lashon hara. Alice Roosevelt Longworth is said to have quipped, “If you haven’t got anything good to say about anyone, come and sit by me.” As difficult as it is, we need to resist sitting beside the Alices of the world. It’s not easy, but it’s also not impossible.

The Sages tell us that whoever engages in lashon hara, God says of him: “He and I cannot inhabit the same world. (Arakhin 15b). I think they mean for us to copy God’s example and distance ourselves as best we can from lashon hara.