God's image is closer than you think / V'etchanan

David Letterman’s Top Ten lists are famous. Now everyone writes them. Letterman’s purpose was to parody People magazine’s “Worst 10” lists. Late Night writer Steve O’Donnell is said to have come up with the idea, but some claim that the idea came from The Dick Clark Show, which aired from 1958 to 1960.

The idea actually comes from God. The first “top ten” list is in parshat V’etchanan: the Ten Commandments. The most oft repeated of the ten is unquestionably the second, which prohibits idolatrous worship of false gods and making plastic images of God.

You shall not make for yourself a sculptured image (pesel), any likeness (t’munah) of what is in the heavens above, or on the earth below, or in the waters below the earth. You shall not bow down to them or serve them… (Deuteronomy 5:8-9)

We find mention of this commandment in V’etchanan even before the Ten Commandments:

Take care, then, not to forget the covenant that the Lord your God concluded with you, and not to make for yourselves a sculptured image (pesel) of any likeness, against which the Lord your God has enjoined you (t’munat kol asher tziv’kha Adonai Elohekha). For the Lord your God is a consuming fire, an impassioned God. (Deuteronomy 4:23-24)

In both cases, the terms used are pesel and t’munah. Pesel is generally understood to connote a carved or chiseled object that is worshiped, or that represents a deity that is worshiped. T’munah generally connotes shape or form, a somewhat more abstract term. During the 16th century Protestant Reformation and beyond, when Christians debated the nature of Jesus, the phrase finitum non est capax infiniti (“the finite cannot contain the infinite”) was a flashpoint. This notion has often been used to explain Torah’s prohibition against idols and images of God; they can neither contain nor adequately represent God.

We understand the prohibition against pictures, sculptures, and other physical representations of God, but what about verbal representations of God that create an image in one’s mind? If it’s true that “a picture is worth a thousand words,” then we can create mental with our words. How far may we go with metaphor before we are “creating an image”?

Deuteronomy 4:24 (quoted above) warns the Israelites against practicing idolatry, For the Lord your God is a consuming fire, an impassioned God. The Rabbis are intrigued by the description of God as “a consuming fire.” What does that tell us about God? In turn, what does that teach us about ourselves? In tractate Sotah (14a) of the Babylonian Talmud we find:

As God clothes the naked -- for it is written: And the Lord God made for Adam and for his wife coats of skin, and clothed them (Genesis 3:21) -- so should you also clothe the naked.

As the Holy One, blessed be God, visited the sick -- for it is written: And the Lord appeared to [Abraham] by the oaks of Mamre (Genesis 18:1) -- so should you also visit the sick.

As the Holy One, blessed be God, comforted mourners -- for it is written: And it came to pass after the death of Abraham, that God blessed Isaac his son (Genesis 25:11) -- so should you also comfort mourners.

As the Holy one, blessed be God, buried the dead -- for it is written: And He buried [Moses] in the valley (Deuteronomy 34:6) -- so should you also bury the dead.

Torah adjures us not to create images of God, yet the Rabbis move quickly from imagining God a consuming fire, to imagining an embodied God -- one who clothes the naked, visits the sick, comforts mourners, and buries the dead. Are the Rabbis not flirting at the edges of idolatry here in describing God in physical, human terms? Are they not creating an image of God with words, and is it not a form of idolatry?

Arthur Green, in his book Ehyeh: A Kabbalah for Tomorrow writes that the most important teaching he received from Rabbi Abraham Joshua Heschel was in response to the question, “Why are we forbidden to make images of God?” The answer is not because God is beyond all images and therefore no image could depict God. If that were the case, Heschel argued, images of God would be harmless because they would be meaningless. Rather, “God has an image, and that is you.” Arthur Green elaborates: “You may not make the image of God because you are the image of God. The only medium in which you can make God’s image is the medium of your entire life, and that is precisely what we are commanded to do.” 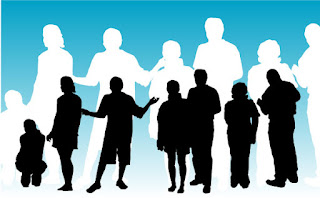 The passage from Sotah is only one of scores of passages that depict God in human terms, both anthropomorphically and anthropopathically; the Rabbis often speak of God’s human form and human emotions. How can we “walk after” God -- imitatio dei (“imitate God”) -- without a model? Long ago, the Rabbis understood what Abraham Joshua Heschel taught Arthur Green: we are God’s image. Finitum non est capax infiniti (“the finite cannot contain the infinite”) is decidedly untrue. We are part of the Divine and what we do with our lives is how God interacts with the world. We are the eyes, ears, hands, and mouth of God. 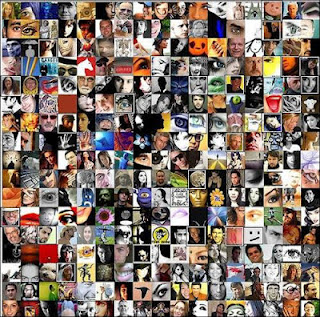 The Rabbis teach us that our lives -- yours and mine -- are God working in the world. What you do truly matters. Something to ponder the next time you make a decision, however inconsequential; something to internalize when you make bigger and more important decisions. As Arthur Green put it so eloquently: “God’s image is the medium of your entire life.”

Posted by Rabbi Amy Scheinerman at 12:30 AM