So saith the donkey / Balak

Parshat Balak beings by telling us that King Balak of Moab sees that the Israelites encamped on the border of his land have defeated the Amorites.

Moab was alarmed because the people was so numerous. Moab dreaded the Israelites, and Moab said to the elders of Midian, “Now this horde will lick clean all that is about us as an ox licks up the grass of the field.” (Numbers 2:3-4)

Balak therefore engages Balaam, a Moabite prophet, for a goodly sum. His assignment is to curse Israel so that Balak can initiate a war and drive Israel out of his land. Balaam is more than happy to comply. The pay is good and presumably the job will be quick and easy. It’s not. God forbids Balaam from cursing Israel. He is, however, permitted to meet with Balak and the elders of Moab. This is where the story becomes highly entertaining. To prevent Balaam from making the journey, God stations an angel in the middle of the road. Balaam’s she-ass swerves to avoid it, and Balaam beats her, but the angel places himself in a spot where the road narrows and there is a fence on either side. Again, the ass tries to avoid the angel and in so doing, squeezes Balaam’s foot against the wall on one side. Balaam beats her a second time. The lane narrows even more, so there is no possibility of swerving to avoid the angel. Torah tells us:

When the ass saw the angel of the Lord, she lay down under Balaam; and Balaam was furious and beat the ass with his stick. Then the Lord opened the ass’s mouth, and she said to Balaam, “What have I done to you that you have beaten me these three times?” Balaam said to the ass, “You have made a mockery of me! If I had a sword with me, I’d kill you.” The ass said to Balaam, “Look, I am the ass that you have been riding all along until this day! Have I been in the habit of doing thus to you?” And he answered, “No.” Then the Lord uncovered Balaam’s eyes, and he saw the angel of the Lord standing in the way, his drawn sword in his hand; thereupon he bowed right down to the ground. (Numbers 22:27-31)

Here is an ass that can see what the human cannot, and even speaks lovely, grammatical Hebrew.

Rabbi Tzvi Hirsch Cohen, commenting on this passage, offers an insightful observation about the power of speech:

The enemies of Israel heard that the power of Moses lay in his tongue, his power of speech, and they did not know that this refers to his power of prayer. They thought that Moses was an inspirational orator. They therefore hired Balaam, who was known as a powerful speaker, able to inspire and to debate, to vilify and to intimidate, in order to overcome Moses with the power of his words. Therefore God gave the power of speech to Balaam’s donkey, to teach you that even an ass can be a great orator. (Imrei Tzvi)

People are mesmerized by great orators. Charismatic speakers command power and influence. The irony here is rich: Moses a great speaker? Moses has a speech impediment (Exodus 4:10). Yet the king of Moab fears Moses’ inspirational oratory? Moses’ power of speech is content, not style and delivery. Balaam, however, is known to be a skilled and accomplished orator, the sort who commands attention and impresses people. His words, however, are vacuous.

People are often swayed by those who exude charisma and deliver stirring oratory. Words can kindle the urge for war, inspire hope, break a heart; words can wound and they can heal. Speech can unify people around a common goal, or cause irreparable divisiveness. Today, great “orators” often deliver their speeches in video or writing on the Internet: eloquent, emotional, evocative. It is easy to lose sight of content when we are spellbound by form. But the most eloquent speaker here is neither Moses nor Balaam. It is the she-ass, in her simplicity and sincerity. Cohen is entirely correct: “even an ass can be a great orator.” We must look beyond the style at the content.

And what can we say about Cohen’s contention that Moses’ power of speech was actually “his power of prayer”? What is the role of prayer in all this? The phrase u-le’avdo b’khol levavchem in Deuteronomy 11:13, is usually translated “and to serve Him with all your heart.” The root ayin-bet-daled can mean “serve,” “pray,” or “work.” Rabbi Avi Weiss suggests we read the phrase u-la’avod ito “and to work with God.” He offers a paradigm of prayer quite different from the more common servile model. Rather than serving God through prayer, we are working with God to complete Creation through our covenantal responsibilities. In Hebrew, the word l’hitpalel “to pray” actually means, “to judge oneself.” The act of prayer is one of self-scrutiny: Am I living up to my commitments and potential? Am I contributing to tikkun olam (“the repair of the world”)? Am I living by the values of tzedek (“righteousness”) and mishpat (“justice”)? Prayer by this paradigm is an exercise in rebooting our self-image computer, and re-launching our moral software.

This is Moses’ strength: his words come from the heart, from a place of moral concern and intention. Balaam, however great an orator, is a hired prophet: he speaks for pay. His words have no last meaning until he speaks the words God puts in his mouth:

How fitting that we begin morning prayers each day with these words. 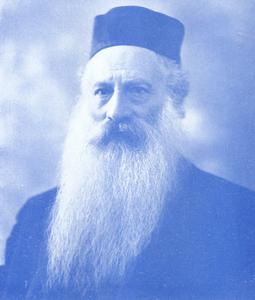