Blue Laws are a thing of the past in places, but there are some holdouts. Austria, Germany, Norway, and Switzerland forbid most stores from opening on Sunday. They were instituted in the United States, beginning in Connecticut in 1755, to restrict activities considered by Christian civic leaders and ministers to violate the appropriate spirit of Sunday, the Christian day of rest.[1] Blue Laws have been abolished in most locales, but Bergen County, New Jersey, is a curious exception to the general pattern. Passed there in 1854, The New York Times reported on April 22, 1879:

The Sunday laws of New-Jersey provide that no traveling, worldly employment or business, ordinary or servile work on lawn or water, (works of charity or necessity alone excepted) shall be done or performed on the Christian Sabbath. It is also provided that no goods or chattels shall be exposed for sale or vended, as meat, fruit, fish, herbs, milk or vegetables; nor shall anyone travel on that day, except when going to or from church, or going for a physician, surgeon, or mid-wife, or in the service of the United States mail carriage.

Today, one cannot purchase clothing, furniture, or appliances on Sunday in Bergen County; Paramus, “boasting” even more severe blue laws, bans most retail and white-collar businesses from operating on Sundays. The roots of Blue Laws lie in this week’s Torah portion, Vayakhel, which we read this week together with Pikudei.

Moses has returned from the peak of Mount Sinai, his face radiant with the splendor of his encounter with the Divine, a radiance that Torah tells us emanated from him each time he speak with God in the Holy of Holies henceforth. As parshat Vayakhel begins, the first thing Moses does when he descends the mountain is to gather the entire people and tell them:

For six days you shall do your melachah, and on the seventh day it shall be for you a sabbath of complete rest, holy to Adonai. Anyone who does melachah on [the seventh day] shall die. Do not kindle fire in any of your dwellings on the sabbath. (Exodus 35:2-3)

For Christians who penned and passed the Blue Laws, these verses suffice. But early Christians also knew that Jews were busily engaged in asking: Just what constitutes מְלָאכָה (melachah)? In other words, what is actually prohibited on shabbat? I have avoided translating melachah as it is customary translated — work — because that presumes a meaning that may not be fully accurate.

The Rabbis enumerated 39 activities that are מְלָאכָה. Whence these 39?

R. Shimon b. R. Yose b. Lakunya says: The number [39] corresponds to the appearances of “melachah,” “his melachah,” and “the melachah of,” which are written forty minus one times in the Torah…

— which would be fine were it not for the fact that these terms appears 63 times. Nonetheless Talmud insists:

Rabbah b. Bar Chana said in the name of R. Yochanan: They didn’t move from their places until someone brought a Torah scroll and they counted the instances [of the word מְלָאכָה]. (BT Shabbat 49b) 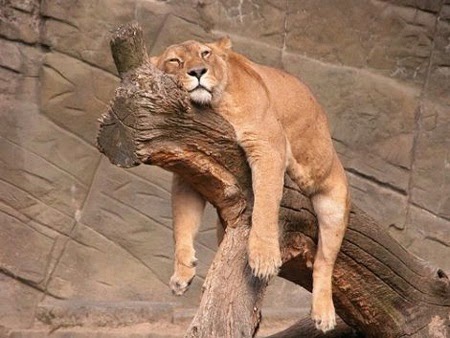 The Yerushalmi (Jerusalem Talmud) explains the number 39 on the basis of a complicated gematria on Exodus 35:1 אֵלֶּה הַדְּבָרִים (“these are the things”) that wreaks of a desperate attempt to arrive at the pre-ordained and accepted total of 39.[2] That pre-ordained number is explained in the Bavli (Babylonian Talmud) by R. Chanina b. Chama as a reflection of the activities required to construct the Tabernacle, an exegetical meaning (based on interpretation of Torah text) rather than an inherent definition.

The Rabbis give melechah an exegetical meaning in this way: In parshat Vayakhel, Moses tells the people to keep shabbat by refraining from engaging in מְלָאכָה. In the next breath, he instructs them to bring gifts to be used to construct the Mishkan (Tabernacle) and Torah launches into a lengthy explanation of the Mishkan designed by Betzalel and his assistant, Oholiab, whom Torah tells us were endowed with divine skill and ability to complete their sacred task. Torah does not explicitly define מְלָאכָה (melachah) here, or in Exodus 31:14  or Deuteronomy 5:11-14, where the mitzvah is also mentioned. The only explicit prohibition Torah lays out is lighting a fire (see Exodus 35:3 above).

The juxtaposition of the prohibition against melachah on shabbat and the lengthy description of the activities entailed in constructing the Tabernacle permitted the Rabbis to define מְלָאכָה — which I emphasize that Torah does not do — as anything related to the building of the Mishkan[3]. On this basis, they enumerated 39 prohibited activities that constitute מְלָאכָה, among them plowing, planting, winnowing, reaping, grinding, sifting, shearing, spinning, weaving, tying, sewing, tearing, trapping, slaughtering, writing, erasing, building, and demolishing. What is more, the Rabbis (M Shabbat 7:2) understood these 39 activities as categories that could be expanded to include more activities. For example, dash (“threshing”): The Rabbis interpreted it in a general sense to mean the removal of some item we want from its natural container.; hence, squeezing juice from an orange or peeling garlic is prohibited by Orthodox interpretation of dash. A second example: boreir (“sorting” or “selecting”) is interpreted by the Rabbis to include removing anything inedible from food matter, such as spoiled grapes from a bowl of fruit salad or bones from a fish. Presto! Gefilte fish is invented: no bones. What is more, intention matters. Soteir (“demolition”) is on the list of 39; if my purpose in destroying something is to enable me to build something new (constructive destruction?), it is prohibited; however, if I demolish something purely for the purpose of destroying it, it is not מְלָאכָה. 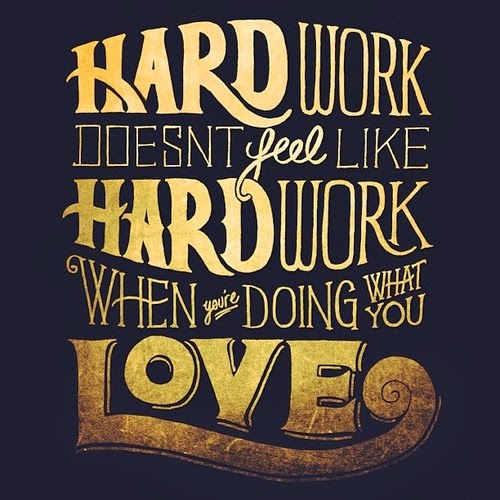 The end result is that, in Orthodox tradition, much is prohibited beyond the 39 categories and their “offspring” on shabbat, and lengthy and strenuous preparations are essential before the sun sets on Friday in order to assure that shabbat is, indeed, a day of rest and joy. For most liberal Jews, the minutiae of shabbat prohibitions is unwieldy and very much the product of a group that set itself up as the arbiters of what is permitted and what is forbidden, rather than the original intent of Torah. If we are to be altogether honest, most of Judaism falls into the former category (the invention[4] of the Rabbis), but shabbat categories of “work” seem particularly onerous and restrictive to many.

It helps to consider, in addition to the Rabbis exegetical interpretation of melachah, Torah’s perspective. Deuteronomy 5:11-14 gives us the clear sense that מְלָאכָה is what one does as one’s profession or means of earning a living. We learn from Genesis 2:1-3 that God’s מְלָאכָה is apparently creation. We are supposed to work: the verses with which I opened, from the beginning of parshat Vayakhel, obligate us to work; surely without work, we could not live and support our families. But Torah and the Rabbis understood that God endowed us with much more than a capacity to work: we have the capacity for spirituality, art, and deep relationship, all of which are nurtured through rest, and time off from the (often grinding) work that occupies so much of our time, attention, and energy. What is more, we have a deep need for, and much to contribute to, community; changing one’s pattern of living for a day provides an opening for people to come together under the umbrella of shared practice. Honoring our need for rest and renewal serves us all well, and hopefully recharges our batteries when we return to work; it also reminds us to respect others’ need for rest and renewal.

In an ideal world, work, play, and relaxation all derive from the same activity: To have a job that is so enjoyable that you would choose to do it in your leisure time because it makes you physically relaxed and spiritually fulfilled is a precious gift. Alas, few people can claim such a job, though I can say that writing these drashot for you as close as possible. Torah does not presume that we all have or can find such a job. Instead, we have shabbat.

© Rabbi Amy Scheinerman
[1] To be absolutely precise, Sunday is not the Christian sabbath. Early Christian leaders did not change the sabbath to Sunday, but rather declared that Sunday, which they called “The Lord’s Day,” supersedes the sabbath. Sunday thus became the primary day of communal worship and rest for the Christian community and functions today as the Christian sabbath. Acts 20:7 of the Christian New Testament seems to refer to this practice, although the only mention of “The Lord’s Day” in the Christian New Testament is found in Revelation 1:10; Justin Martyr (2nd century C.E.) described it as a widespread practice in First Apology (chapter 67).
[2] Just in case you’re curious, the source is JT Shabbat 7:2 and the explanation goes like this: דְּבָרִים (“things”) is plural and hence has a value of 2; the definite article preceding it adds 1, for a subtotal of 3. The word אֵלֶּה (“these”) holds the numerical value 36 (aleph=1; lamed=30; hay=5) which, when added to 3 equals a grand total of 39. I know you’re thinking that was too obvious to require an explanation, but it was fun to provide it.
[3] These are the activities necessary to produce the meal offerings and showbread, the priestly garments, and the Mishhan itself.
[4] Some will object to the word “invention” and take offense in it, but I use it as a compliment. In the aftermath of the Destruction of the Second Temple, biblical religion virtually came to a grinding halt because it was depended upon, and revolved around, the sacrificial cult in Jerusalem. What is more, the laws of the Torah that do not pertain to the sacrificial cult are most pertinent to ancient agricultural and herding cultures. By 70 C.E., there was a thriving and growing urban culture in the Jewish world, and legislation was needed to assure that people could live and work together in a civil, cooperative, and righteous manner. The early Rabbis, working on the foundation laid by the Pharisees, developed a “new tradition” that offered criminal, civil, and ritual laws for an increasingly urbanized society, and new forms of religious and ritual practice in the absence of the Temple cult in Jerusalem. They called their courageous enterprise of saving Judaism “Oral Torah.”
Posted by Rabbi Amy Scheinerman at 1:26 PM