Recent news items:
•    Globally: The National Academy of Sciences’ National Research Council is releasing a booklet this month. It explains that global climate change is radically reshaping the Arctic which, in turn, will produce more intense snow, heat, and rain; rising sea levels; and amplified global warming due to the thawing of the permafrost.[1]
•    Across the ocean: As many as 900 migrants packed onto a ship that capsized off the cost of 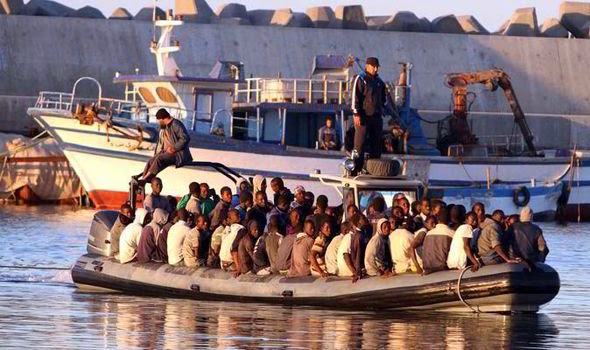 Libya may have died, as the number of refugees escaping poverty, persecution and war in North Africa, Syria, and other parts of the Middle East continues to surge.[2]

•    In the Middle East: ISIS continues its murderous rampage, cutting a brutally bloody swath through Iraq. For the first time, Daesh[3] carried out a suicide bombing in Afghanistan that killed  at least 33 and wounded more than 100.
•    Close to home: Freddie Gray, 25, died in Shock Trauma a week after his arrest by Baltimore police, who refused to say why they stopped Gray. It appears that he suffered a broken vertebra while in police custody, lapsed into a coma, died, was resuscitated, underwent surgery but finally died.

Meanwhile, we open the Torah to a lengthy and detailed discussion of the ancient taboos of tum’ah (ritual impurity) and taharah (ritual purity). It’s hard to find two Torah portions more concerned with the gritty side of and the baser side of the human corporeality than Tazria and Metzora. Etz Hayyim delicately notes that, “After the previous chapter’s discussions of how food entering our bodies can make us ritually impure [i.e. the laws of kashrut in Parshat Shemini], the Torah now discusses how that which comes out of our bodies can do the same.”[4] What has any of this to do with the world we inhabit and the challenges we face in the 21st century?

For those unfamiliar with Tazria and Metzora, here is a brief survey: Tazria opens with laws concerning the impurity imparted by childbirth, tzara’at (skin afflictions evident both on human bodies and houses), seminal emission, and menstruation. We are told the procedure for restoring ritual purity, which generally involves a period of quarantine (for tzara’at), emersion in a mikveh, and a sacrifice. It is important to point out that none of this is related in any way to cleanliness and hygiene as we understand them. It’s about being in an invisible and intangible state of ritual purity. Etz Hayyim points out that, arguably, “no concept is less accessible to the modern reader” than tum’ah. It is certainly difficult to access the concept, but the question I wish to pose is: Is it irrelevant? Do Tazria and Metzora have any wisdom to impart in an age of characterized not only by remarkable scientific discoveries and technological progress, but also plagued by the horrors in the daily headlines? 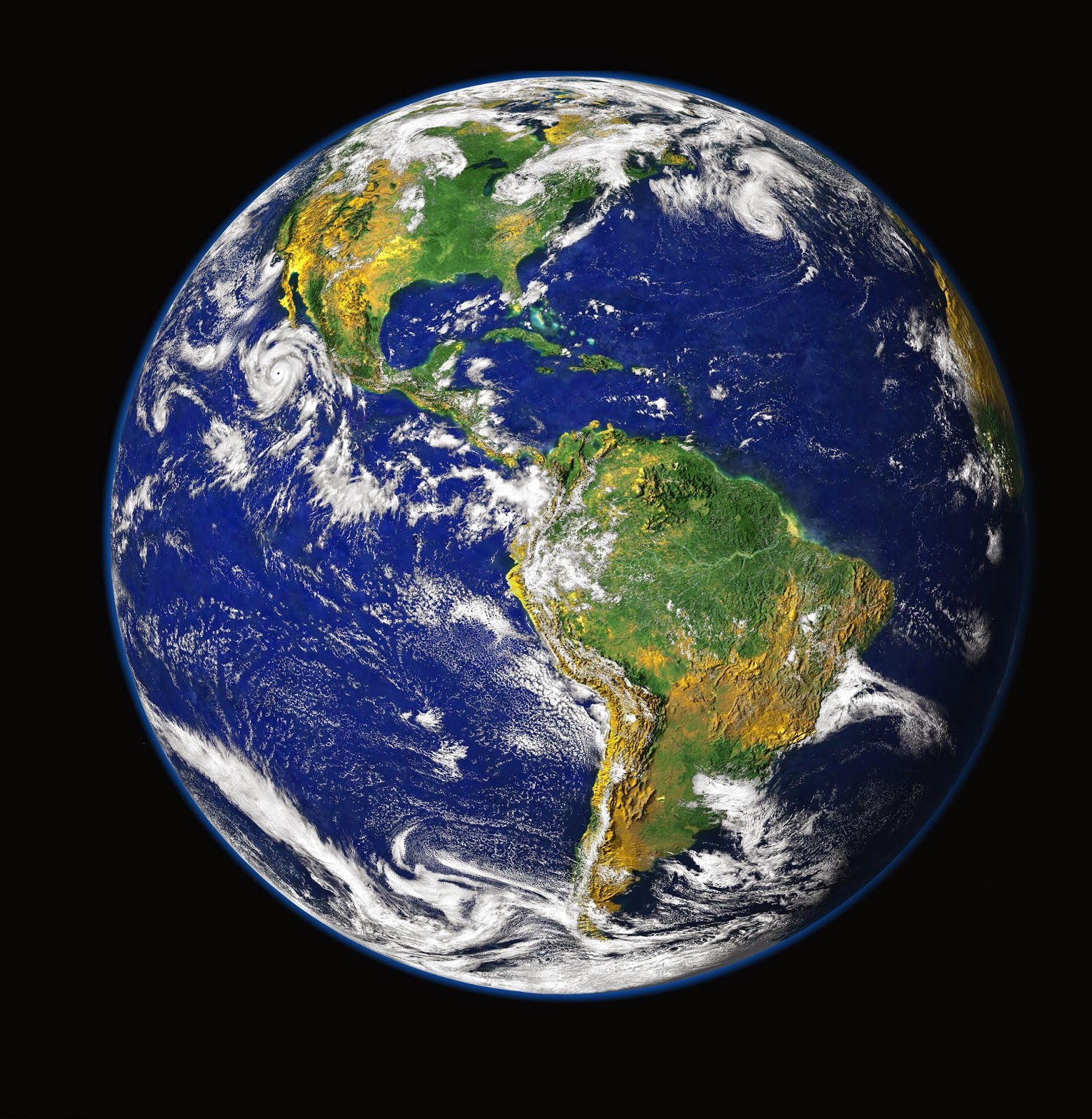 The S’fat Emet (Yehudah Aryeh Leib Alter of Ger, 1847-1905) provides a commentary that bridges what strikes many in the 21st century as an inward and obsessive concern with ritual purity and a more outward-looking, worldly concern with what is happening around us and among us today. The Gerer rebbe begins not by citing our parashah, but instead by citing a classical midrash (Bereishit Rabbah 1:54-55) that opens with a verse from Psalm 139:5. The verse is: אָחוֹר וָקֶדֶם צַרְתָּנִי  וַתָּשֶׁת עָלַי כַּפֶּכָה “You formed me backward and forward, and You placed Your hand upon me.” The midrash from Bereishit Rabbah offers R. Yochanan’s interpretation of this verse: “If a person is righteous, he will enjoy two worlds, for it says, You formed me backward and forward but if not, he will have to account for it, for it says, and You placed Your hands upon me.”[5] It certainly sounds like R. Yochanan is speaking about this world, and the world-to-come, but the S’fat Emet writes:

All of creation is in need of Tikkun (correction, repair, redemption), as Scripture says, אֲשֶׁר-בָּרָא אֱלֹהִים לַעֲשׂוֹת which God created to do (Genesis 2:3). The human was created last in deed [i.e., on the sixth day, after everything else in the world had been created], but first in the order of Tikkun, because it is through humanity that Creation and Tikkun are joined together. That is what the Sages meant by noting [Tosefta Sanhedrin, ch. 8] that humans were created last [on the sixth day, just before the advent of the first sabbath], so that they could enter shabbat immediately [upon being created], since shabbat is about Tikkun. “Backward” refers to the weekdays, the days when we work to repair/redeem those things of this world that are not yet repaired, and through this we afterward come to merit shabbat, which is the “forward,” the time for thought and Tikkun/redemption. The human being is the one who links and connects all [the aspects of] Creation together. That is why the human contains the lowest corporeality of all physicality and [also] a spirit that surpasses all [the rest of Creation]. כִּי בְּצֶלֶם אֱלֹהִים עָשָׂה אֶת-הָאָדָם [God] created humanity in the divine image (Genesis 9:6).

What has any of this to do with Tazria-Metzora? And what has it to do with the state of the world in which we find ourselves living?

The S’fat Emet alludes to polar human tendencies: our baser animalistic physical instincts, activities, and proclivities on the one hand, and our loftier spiritual capacity on the other. Human beings, alone in all creation, embody both. Only human beings are capable of comprehending the unity of all Creation, all being, on all levels, from the base corporeal level to the vaulted spiritual level. The process of undergoing ritual purification from tum’ah (ritual impurity)—from the lowly aspects of our corporeality as described in Tazria/Metzora—parallels the process of raising and repairing (tikkun) the various elements of this world in need of redemption that we are called upon to labor to redeem six days a week. When we succeed, we can experience the joy of shabbat, “the time for thought and Tikkun/redemption,”—the spiritual reward of our labor. Just as Torah describes people going from tum’ah (a state of ritual impurity) to taharah (a state of ritual purity), so does our week go from six days of purifying “the things of this world that are not yet repaired” by doing mitzvot, to “the time of thought and Tikkun/redemption” that is shabbat. Just as an individual can go from tum’ah to taharah, so too can we transform our world, bit by bit, from the tum’ah of injustice, greed, violence, and cruelty to the taharah-vision of a world redeemed.

At the outset, the Gerer Rebbe makes clear that people, and people alone in all of Creation, are capable for coupling Creation (the baser elements of physicality, deriving from our experience as embodied beings) and Tikkun (spiritual redemption, our capacity to see beyond “what is” to “what ought to be”). We might be inclined to identify Creation/Tikkun with the Body/Soul dichotomy, but just as the S’fat Emet resisted going down the path of the this-world/world-to-come dichotomy,  I have the sense that this is not what the S’fat Emet has in mind. To  the contrary. I think the Gerer rebbe’s intention is to tell us that the aspects of “Creation” and “Tikkun” are inseparably fused in the realm of ultimate reality and only people have the capacity to comprehend the unity of the universe. Our lives should reflect this: We should live in such a way that we don’t try to wrench them apart and focus on only one at the expense of the other. Living in and of the world without a vision of what it ought to be, or living in a spiritual bubble without participating fully in the physical world, is only half-living. 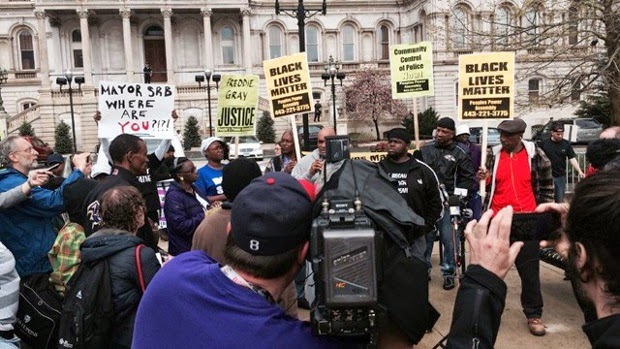 This has enormous implications for our mindset toward life and the universe and, indeed, everything we do: how we spend our time and resources, what causes we promote, with whom we engage. In particular, our attention to the use of earth’s resources and how we live in relationship to the global environment, and the tragic social injustices at home and abroad. How do we in our lives inadvertently and unintentionally contribute to the problems and injustice that surround us, and how can we, in our lives, affect a measure of Tikkun? The Psalmist reminds us that as small as we may feel at times, in God’s eyes our potential is enormous:

[1] http://www.nap.edu/catalog/21717/arctic-matters-the-global-connection-to-changes-in-the-arctic.
[2] Meanwhile, another ship crashed near the Greek island of Rhodes. Altogether, it is estimated that ~1,100 people drowned this week in the Mediterranean Sea.
[3] DAESH is the acronym for al-Dawla al-Islamiya al-Iraq al-Sham, which means the Islamic State of Iraq and the Levant. Daesh is a name commonly used by its enemies because it sounds similar to the Arabic words Daes ("one who crushes something underfoot") and Dahes ("one who sows discord”).
[4] Etz Hayyim Torah and Commentary, JPS and the Rabbinical Assembly, p. 649.
[5] The midrash goes on to describe the primordial human God created: a hermaphrodite that God separated into two separate beings, female and male. The S’fat Emet writes only about R. Yochanan’s interpretation.
Posted by Rabbi Amy Scheinerman at 8:46 AM