Violence erupted on the streets of Baltimore Monday. Shortly after the funeral for Freddie Gray z”l concluded, and despite pleas by Gray’s family that all protests be suspended and the day be devoted to prayer and remembrance, as 3:00 pm rolled around and schools let out, youth and others descended on Mondawmin Mall. Media reported that, in conjunction with three local gangs, looting began, police were attacked, and numerous fires were set. A CVS in West Baltimore was torched and a community center under construction in East Baltimore was engulfed in flames. As evening wore on, African American pastors, to their great credit, called members of the three gangs to meet with them at the Old Shiloh Baptist Church where Freddie Gray had been eulogized earlier in the day.

horrified as the events unfold on our TV screen. Days of largely peaceful demonstration and protest against what appears to be another case of police brutality against a young black man who died in police custody was now being overtaken by violent rioting and looting by people who appeared to be inspired by greed far more than any semblance of righteous anger. In all, it was reported that 15 structures were burned, 144 cars destroyed, dozens of businesses looted, and 20 police officers injured. The National Guard was activated and the city placed under a curfew for perhaps a week. 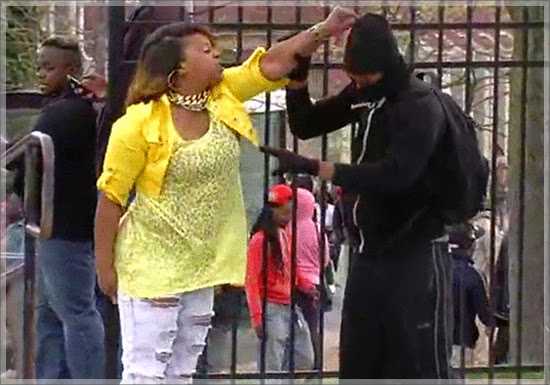 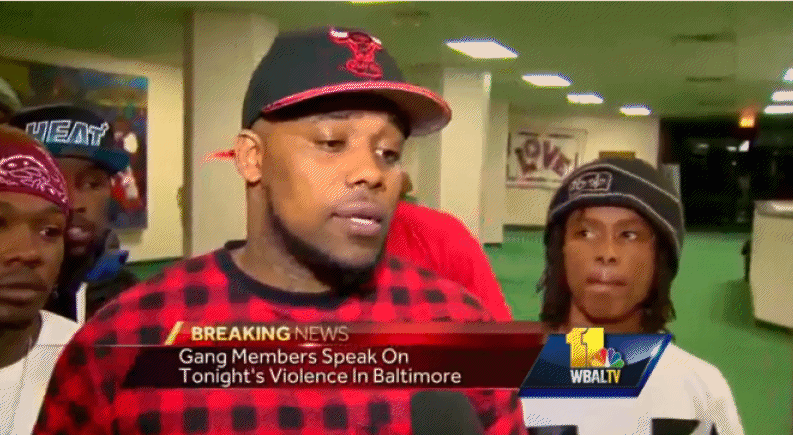 Of all the words and images that emerged in the following 24 hours, two stand out in my mind. The first is an interview reporter Deborah Weiner conducted at the Old Shiloh Baptist Church with members of three gangs: the Bloods, the Crips, and Black Gorilla Family. You can view it here.[1] The second is a video of Toya Graham, who found her son dressed in black hoodie and face mask to participate in the looting; she pulled him out, screamed at him and smacked him, telling him to go home. “I don’t want him to become Freddie Gray,” she said.  You can see several video clips here.[2]

These scenes of Baltimore, and especially the interview of the gang members and the mother pulling her son off the street, came into sharp focus for me this week as I read the combined Torah portions of Acharei Mot and Kedoshim. Amidst a long litany of forbidden sexual relationships enumerated in Leviticus chapter 18 (traditionally read on the afternoon of Yom Kippur, as well) we find this seemingly out-of-place prohibition against sacrificing children to Molech[3]:

Who or what is Molech, what is this about, and how does it speak to what is happening on the streets of Baltimore and elsewhere in our country?

Molech was an ancient deity, worshiped by the Ammonites, Canaanites, and Phoenicians, that was propitiated by the sacrifice of children. Acharei Mot forbids offering up children to Molech. Kedoshim (Leviticus 20:2-5) tells us that one who goes ahead and sacrifices his children to Molech is to be executed by stoning; but in the next verse we are told that such a person will be punished by karet, the divine punishment of “being cut off” from the peoplehood of Israel. Despite these dire warnings I Kings 11:7, in describing the many excesses of King Solomon, tells us that he built a high place for Molech. Similarly 2 Chronicles 28:3 and 33:6 and Jeremiah 7:31 and 19:2–6 know these sacrifices to have happened in a place called Tophet in gai ben-Hinnom “the Valley of the son of Hinnom.” For example, Jeremiah 32:35 tells us.

The term Gehenna is derived from gai ben-Hinnom. Gehenna is purgatory. Hell on earth. Where children are sacrificed, hell is established in our midst.

The Rabbis, in an attempt to explain what evil could have been so great as to warrant the destruction of the Second Temple by the Babylonians in 70 C.E., employ the image of Tophet in the Valley of the son of Hinnom. They craft a horrifying description of parents who ceremonially process with a variety of offerings to enter concentric gates around a core cultic sacrificial altar. The priests loudly praise each offering, saying “May it be sweet and pleasing to you!” in order to mask the cries of children who, behind the innermost gate, are being offered up as sacrifices.

Another interpretation of And her uncleanliness on her skirts (Lamentations1:9): There was a place below Jerusalem, called "Tophet." And why did they call it "Tophet"? R. Yudan said: "Because of the fire that was there." And why did they call it the Valley of the son of Hinnom? It was named “the valley of [a person named] the son of Hinnom"; and our rabbis said: Because from there they could hear the groaning of their children. There was a great idolatrous image there placed before [the entrance to] seven chambers. Below was a copper stove and in its hand a copper basket. For one who brought an offering of flour they would open the first gate; for an offering of turtle-doves the second gate; for a lamb the third gate; for a ram the fourth gate; for a calf the fifth gate; for an ox the sixth gate; for a human being the seventh gate. The priest would accept it and place it in the copper basket, light the fire underneath, and praise aloud: “May it be sweet to you! May it be pleasing to you!” Why so much [exclamation]? So that [the parents] would not hear the cries of their children and repent their deed [i.e., change their minds].” (Eichah Rabbah 1:9, Buber ed., pp. 71-72)

Certainly no such place existed in the first century, if ever it did exist. Why are the Rabbis drawing on the image of sacrificing children to Molech? What are they telling us?

It seems to me that the message is that the people are destroying their own future. Sacrificing children is emblematic of their failure to set priorities that insure a healthy, prosperous future for the nation. Narrow, selfish concern with being lauded for minor “gifts” to Molech conceal the enormous evil of children being sacrificed on an altar none choose to see or hear, behind a series of gates, out of sight, their cries muffled by the affirming praise of priests.

How different are things today? I’m not excusing the violence and looting—there is no excuse for such anti-social and criminal behavior. But at the same time, it’s important to honestly confront the reality of the lives many of these kids live. Far too many of the schools they attend are deplorably inadequate and under-resourced, the dropout rate is still far too high, and poverty is a crushing existential reality in their lives. Here is a frightening assessment.[4] We still have a drug policy designed to incarcerate black men in obscene numbers, but fewer and fewer vocational programs to convey skills needed to earn a living (click here[5]). It’s important to honestly assess the employment situation these young people face. No longer does a full time job pay a living wage.[6] Income equality in America grows each day—the gap is a yawning chasm—fueled by the insidious myth that those who don’t “make it” are “lazy” and “undeserving.” (Read this.[7]) How many young people, and young black men in particular, are sacrificed on an altar of misconstrued and avaricious capitalism?

II Kings 23:10 tells us that when Josiah ascended to the throne of Judah in the 7th century B.C.E., he ordered the High Priest Hilkiah to use tax monies to clean out the Temple. There Hilkiah discovered סֵפֶר הַתּוֹרָה “the book of the Torah” (understood by many scholars as Deuteronomy) which inspired Josiah to institute sweeping reforms to obliterate rampant idolatry introduced by his predecessor Manasseh. Josiah burned the Asherah in the brook of Kidron, cleared the Temple of the vessels and altars for worshiping Ba’al and,

It is time to defile Tophet and tear down the altar to Molech. We owe our children far more. It is trite to say that are our future—but it is true. People who destroy their future degrade their lives and society.