The Republican Party was once the party of Abraham Lincoln. The Democratic Party was once the party of the KKK. “Change is the one constant of the universe.” This eternal truth comes skittering and crashing to a halt at the door of some people’s understanding of whatever they hold sacred, be it the tune for Shema or the recipe for the perfect chocolate chip cookie—but also much bigger and more important concerns ranging from civil rights to religious practices. Change is unsettling, disquieting, even disturbing in sufficient doses (and, of course, just what constitutes overdosing varies by individual). The faster change comes, the more those unnerved by change push back. They act as if their entire world is crumbling, perhaps because having built their world by cementing every brick of knowledge, experience, morality, and propriety together to create an immutable mass, it is. 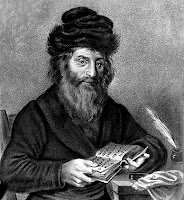 The Chatam Sofer (Rabbi Moses Schreiber, 1762-1839) was so rattled by the pace and nature of change during the Jewish Enlightenment, and particularly by th
e changes embraced by the nascent Reform Movement within Judaism, that he declared all change halakhically forbidden. He chose as his slogan a phrase from Mishnah Orlah 3:9, concerning agricultural laws: החדש אסור מן התורה בכל מקום “New grain is forbidden by Torah [to be eaten] in any place.” By plucking his rallying cry entirely out of context, the Chatam Sofer gave it an entirely new meaning—I wonder if he appreciated irony? Armed with an wildly non-contextual reading of the mishnah, he forbad new prayer, new customs, new rituals, and new practices in his fanatical attempt to calcify Judaism. Today, we have legions of his spiritual followers, the Hareidim, living in a world of stultifying orthodoxy, imagining that how they practice Judaism is how it was always practiced.  Consider, then that in the Second Temple period, whose ways and practices Mishnah attempts to record, men and women prayed together, prayers were short and said in the vernacular, instrumental music accompanied prayers, men did not cover their heads, and the Torah was read according to a triennial cycle with a line-by-line translation.

The truth is that Judaism has changed. In fact, it is has always been changing. The very enterprise of the Rabbis was to craft and shape religious practices in the shadow of the Destruction of the Second Temple. Their intent was not to stifle change, but rather to empower Jews to live in covenant with God in a world without a Temple and its sacrificial cult to serve as the nexus for their connection with God. They recorded traditions of the Second Temple Period but also generated new practices, new rituals, and new ways to interpret sacred texts. Over time, the rites of the Passover seder,  Jewish weddings, kashrut, communal prayer services, and so much more bloomed and grew, and continue to evolve today.

Rabbi Levi Yitzhak of Berditchev (1740-1809) was a hasidic teacher and contemporary of the Chatam Sofer. He did not fear change; in fact, he embraced change. What he feared was stagnancy, especially of the heart and spirit. In this week’s Torah portion, Vayakhel, we find massive amounts of detail concerning the construction of the Mishkan (Tabernacle) and its utensils. Torah tells us that Betzalel and Oholiav, the chief architects, along with their many assistants and craftsmen, were endowed by God with skill and ability to perform expertly all the tasks connected with the service of the sanctuary [to] carry out all that the Lord commanded (Exodus 36:1). Moses asks the Israelites to bring gifts, freewill offerings, to use in the construction of the Mishkan. The people respond with overwhelming generosity, so much so that the artisans called a halt to it:

…all the artisans who were engaged in the tasks of the sanctuary came, each from the task upon which we was engaged, and said to Moses, “The people are bringing more than is needed for the tasks entailed in the work that the Lord has commanded to be done.” Moses thereupon had this proclamation made throughout the camp: “Let no man or woman make further effort toward gifts for the sanctuary!” So the people stopped bringing: their efforts had been more than sufficient for all the tasks to be done. (Exodus 36:5-7)

As the tzaddikim engage in Torah and offer new interpretations, they create a new heaven and a new earth. In constructing the Mishkan (Tabernacle), its builders directed their holy spirit to be in precise accord with divine wisdom, performing acts of union and permutations [of letters] with each vessel they formed and with each deed they undertook. Had they wanted to direct their labors in accord with expansive mind, they could have gone on endlessly, for the spirit of God was upon them. But they had to put limits on their work. Thus they left room for the righteous still to come in the future to teach about the Mishkan, each of them using their minds to uncover secrets of wisdom in every word and in each vessel. Thus they would bring about ever new acts of sublime union. In creating the world, God left over some of the creative energy, putting a limit on Creation in order to leave room for the righteous yet to come to be creative as well. So too with the building of the Mishkan. That is why Scripture says both “sufficient for them” and “more.”

For Levi Yitzhak, change is built into the very fabric of the universe. God could have created a complete and static universe, but purposefully designed the world to be a place of dynamic evolution. And it’s not only our world that we change through our inspired creativity: the cosmic real, a mirror of this world, changes also—and that is precisely how God wishes it to be. 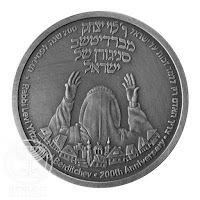 Wisdom and insight grow and unfold in every generation, giving rise to “new acts of sublime union.” The early Hasidim took this message to heart and forged new practices, new attitudes, new interpretations—they overhauled the dry, legalistic, pietistic Judaism of their time, infusing it with music, dance, spirituality, and above all joy.  They shaped a joyous expression of Judaism. At the same time, the Reformers shaped yet another expression of Judaism, one which internalized the message of the prophets about compassion and social justice. Both Hasidism and Reform Judaism responded to the “holy spirit” and “divine wisdom.”

Levi Yitzhak’s observation is historically accurate: Judaism has evolved through time, ever changing as Jews adapt to the changing conditions of life. Levi Yitzhak’s insight is religiously brilliant: This is how it is mean to be: Judaism is a vibrant, flexible, responsive tradition that can carry us from the ancient Greco-Roman world in which it was birthed by the Rabbis into an era of computers, rocket ships, and a third Jewish commonwealth. Where reactionary, rigid orthodoxy ossifies Judaism and represses creativity, and mythical claims to being “genuine” or “Torah-true” make no legitimate claim to authenticity. The truth is that Jewish creativity and change is a wonderful and powerful force that we should celebrate and nurture.

This shabbat is Shabbat Shekalim, the sabbath preceding Rosh Chodesh Adar (this year, Adar II because it’s a leap year). We will read a special maftir, Exodus 30:11-16, which describes a census taken in the Wilderness by assessing a half-shekel (silver coin) from each person as a contribution to the upkeep of the Mishkan. Collecting the coins served to count the people. Torah emphasizes that no one pays more and no one pays less — everyone pays the nominal half-shekel because everyone is important and needed by the community. What was true in the Wilderness is true today: we need everyone’s half-shekel, which is to say, their 2-cents, but even more, their creative input into Jewish life. The divine wisdom and insight given Betzalel and Oholiav are attainable today, as well, and available to us all.