Is there any group of people—nation, ethnicity, religion, or social grouping—without a significant focus on food? Food is about far more than nutrition and sustenance. It is a means by which we establish and cement relationships. It is a means by which we express concern, care, and love. It is even—at least for many Jews—a signifier of identity. Keeping kosher, however one chooses to observe the traditions of kashrut, marks one as a Jew in one’s own mind and in the minds of others.

The core laws of kashrut are found in this week’s parashah, Shemini. Leviticus chapter 11 details the criteria for determining which animals are permissible for eating according to the categories we learned in the creation story of Genesis chapter 1: animals that live on the land, in the oceans, and that fly through the skies. Since Torah holds these to be the proper and normal domains for life, outliers such as amphibians are banned. Permissible land animals must have cloven hoofs and chew the cud, which explains why pork is out.[1] Fish must have fins and scale, which explains why shellfish is forbidden.[2] Torah lists permissible and impermissible fowl; generally, domesticated birds are permitted and birds of prey are not allowed.[3] Winged insects that walk on fours are out with the exception of a certain kind of jointed leg that includes locusts, crickets, and grasshoppers—aren’t you glad to know they’re permitted?[4] From Torah’s perspective, God restricts our diet as a condition of the Covenant. No explanation is provided, no justification is offered. These are the rules.

The separation of milk and meat—a major component of kashrut today—is not actually found in the Torah; it is a rabbinic enactment against cooking, eating or deriving benefit from a mixture of milk and meat that the Rabbis derived from Torah’s prohibition against “boiling a kid in its mother’s milk.”[5]

When we think about Jews and food, far more than the traditions of kashrut jump to mind. Visions of lox and bagels, knishes, blintzes, kugel, knaidlach, borsht, latkes, cholent, tzimmes, charoset, shakshuka, felafel, sour dill pickles, burekas, rugelach, hamantaschen, and apple cake dance in our heads. Family gatherings, festive holy day meals, your grandmother’s speciality…our connection with food is deep and visceral. Is there a family that doesn’t argue about whether latkes are better with sour cream or applesauce? With Pesach around the corner, the annual debate will resume: Should knaidlach (matzah balls) sink or float? Should matzah brei be cooked into a solid frittata, or as separate pieces? (Correct answers: sour cream, float, separate pieces.)

Food, or more specifically how it is prepared and served, is also integral to our evolution as a species. Long before there were Jews, Buddhists, Hindus, Christians, or Muslims, and long before there was Italian, Chinese, Indian, Ethiopian, Thai, and Mexican cuisine, our primate ancestors spent much of their time foraging, gathering, and eating food, and when they weren’t doing that they were probably thinking about food. 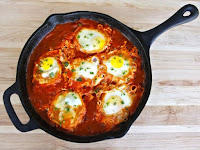 Neuroscientist Suzana Herculano-Houzel, in her 2009 article in Frontiers in Human Neuroscience and in her 2013 TED Talk, explains that while brain size is not always correlated to body mass and doesn’t necessarily predict cognitive ability, the number of neurons packed into the brain does determine cognitive capacity. (For example: Chimps and cows have comparably sized brains, but chimps outstrip cows cognitively. Elephant brains weigh three times that of human brains, and whale brains six times as much as humans’, yet human brains are capable of far more cognition. Gorillas are twice or thrice our size but their brains are one-third the size of ours.) Why are people so different from other species all living, growing, and evolving on the same planet? One difference is that our brains evolved to have 86 billion neurons, far outstripping all other species. Moreover, the additional neurons don’t increase the overall size of the brain and, therefore, the weight. What is truly remarkable about the human brain is the energy it takes to function: 25% of the energy (calories) we consume is required to keep all 86 billion neurons running. Neurons are energy-expensive. This raises a question.

How did our brains evolve—and so rapidly—to the point that they sport 86 billion neurons and even more significantly a prodigious cerebral cortex that out-sizes all other primates? (The cerebral cortex is responsible for logical and abstract reasoning, pattern recognition, the development of technology, and the capacity to pass along knowledge through culture.) Given the diet of early humans, in order to support a modern brain they would have had to have spent nine hours each day foraging, gathering, and eating to sustain each brain. How much more time would have been required to support those, like children, the sick and injured, and the elderly, who could not assist in locating and gathering food? The game changer was finding a way to get more calories out of food consumed. Herculano-Houzel explains that 1.5 million years ago our ancestors, who had been eating a raw diet like other primates, discovered how to cook food over fire. Cooking food made more calories available and absorbable, dramatically decreasing the number of hours each day the owner of the brain must devote to foraging, gathering, and eating. Cooking permitted humans to evolve brains with greatly increased numbers of neurons—much of the increase packed into the cerebral cortex— whose energy requirements could be met with cooked food. The time saved could be devoted to thinking, technology, culture, and formulating ways to pass along knowledge to future generations. All because of food preparation. 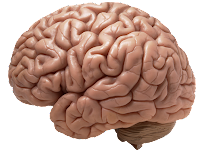 Whether we think of kashrut as a mitzvah ordained by God, or as a facet of Jewish practice that developed over time for a variety of cultural reasons, or as a way to identify oneself as a Jew and bind oneself to a community and its shared history—or all three—the premium we place on what we eat, how we prepare and serve it, and the fact that we say a blessing of thanksgiving before eating is fully in keeping with human evolutionary history and what makes the human species unique in the history of earth’s primates. At one and the same time, we are part of the flow of the river of human evolution and history and also a distinctive branch in the river.

[1] Leviticus 11:1-8.
[2] Leviticus 11:9-12.
[3] Leviticus 11:13-19.
[4] Leviticus 11:20-23.
[5] The prohibition against boiling a kid in its mother’s milk is found three times in the Torah: Exodus 23:19 and 34:26; and Deuteronomy 14:21. The Talmud discusses the separation of milk and meat in BT Hulling 113b and 115b, but does not explain the reason for the prohibition. Much later, Moses Maimonides (1135, Spain – 1204, Egypt) suggested that the biblical law is related to Torah’s widespread concern about idolatry. Ovadia b. Yaakov Sforno (1475–1550, Italy) held that the prohibition of boiling a kid in its mother’s milk referred to ancient Canaanite fertility rites intended to encourage the gods to increase their flocks and herds. A document discovered in Ugarit provides yet another perspective: it describes a ritual in which a kid is cooked in its mother’s milk and then spread on the fields to increase agricultural yields. Some have interpreted the biblical prohibition on ethical grounds, saying that the practice is barbaric and inhumane.
Posted by Rabbi Amy Scheinerman at 3:04 PM